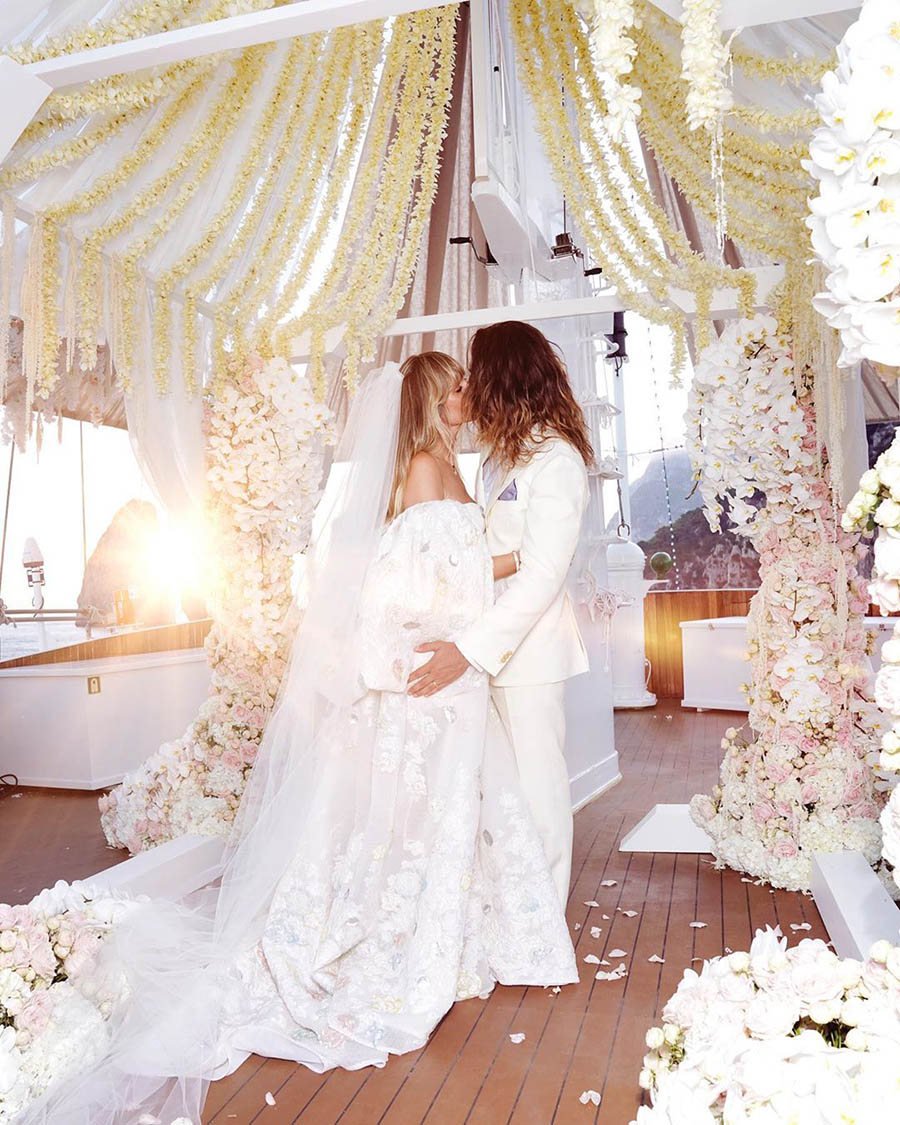 After getting legally married in February, the couple decided to throw a big wedding bash on the Christina O., a luxurious yacht that previously hosted royal nuptials such as the wedding of Princess Grace Kelly to Prince Rainier III, and which also comes equipped with a swimming pool, ballroom, cinema and spa.

For the ceremony, Klum showed up in a stunning couture creation by Valentino, which featured puffy off-shoulder sleeves and gorgeous floral embroidery all over. The groom, meanwhile, opted for a crisp, clean off-white suit.

With Heidi’s daughters as bridesmaids and her sons as ring-bearers, the couple pledged eternal love for each other under a billowing white canopy draped with white orchids and roses on the deck.

Check out these images and videos of the happy newlyweds! 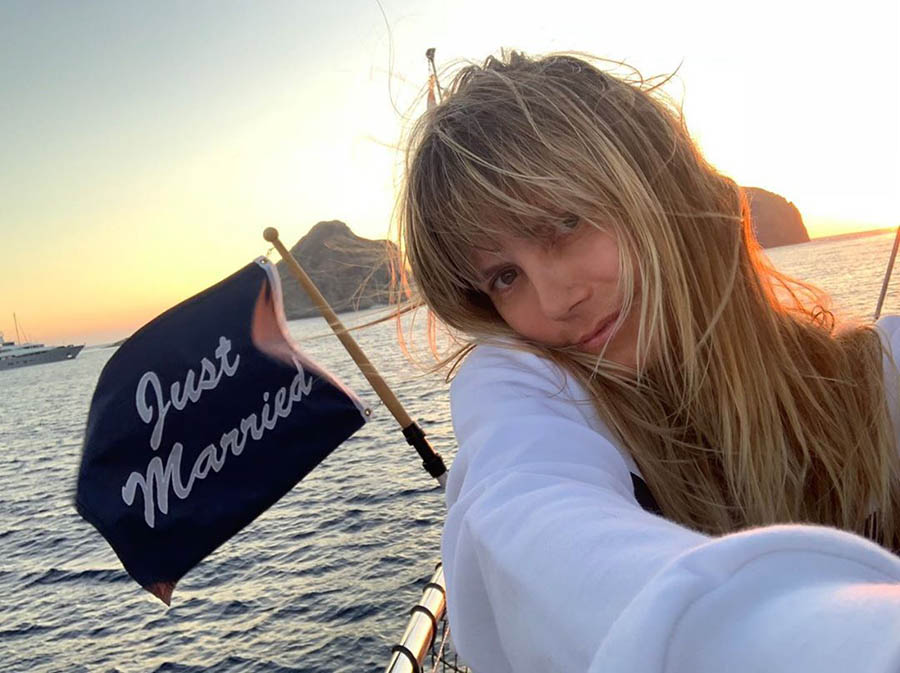 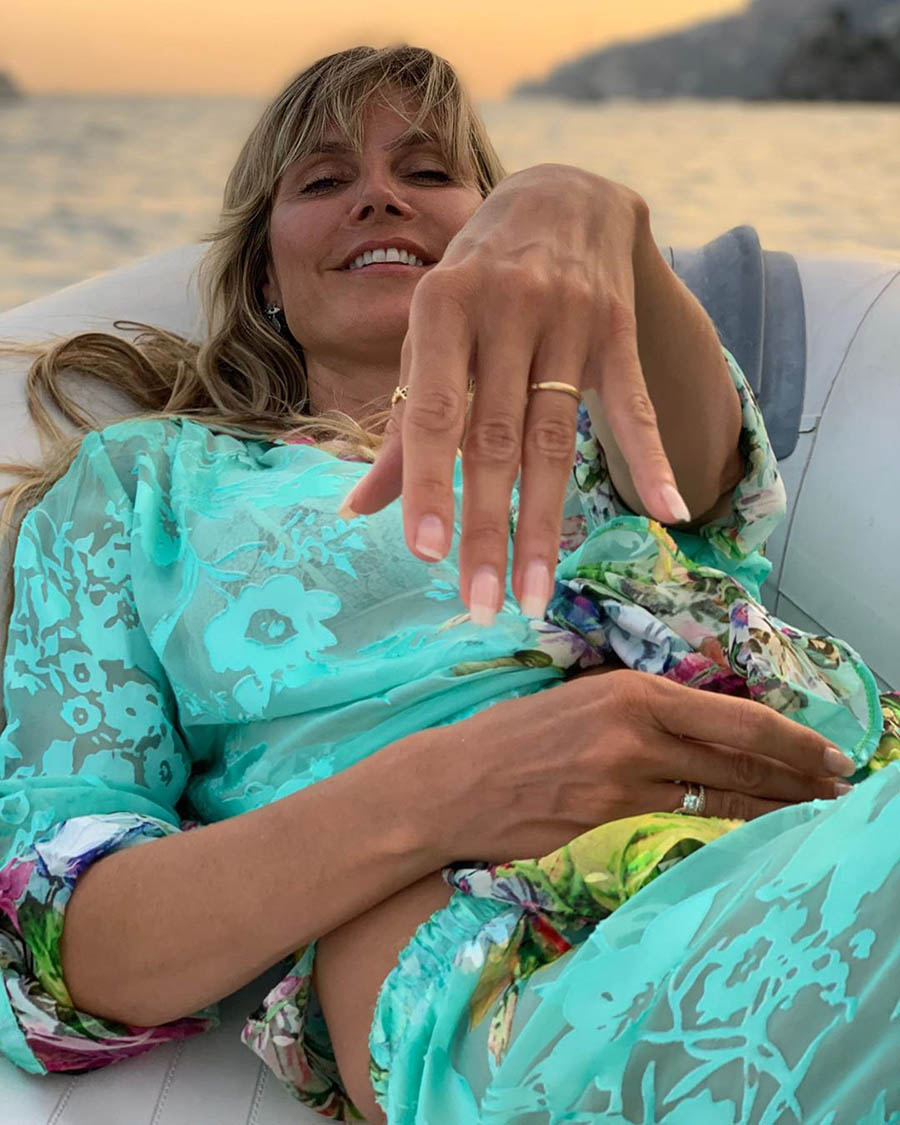 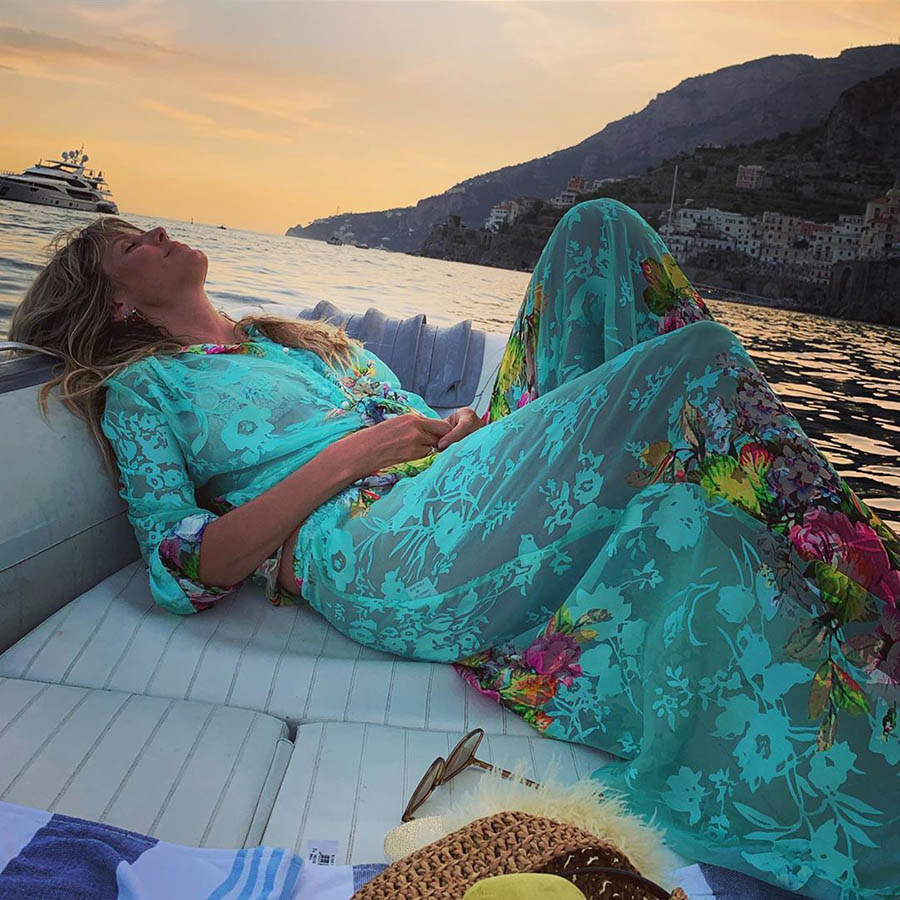 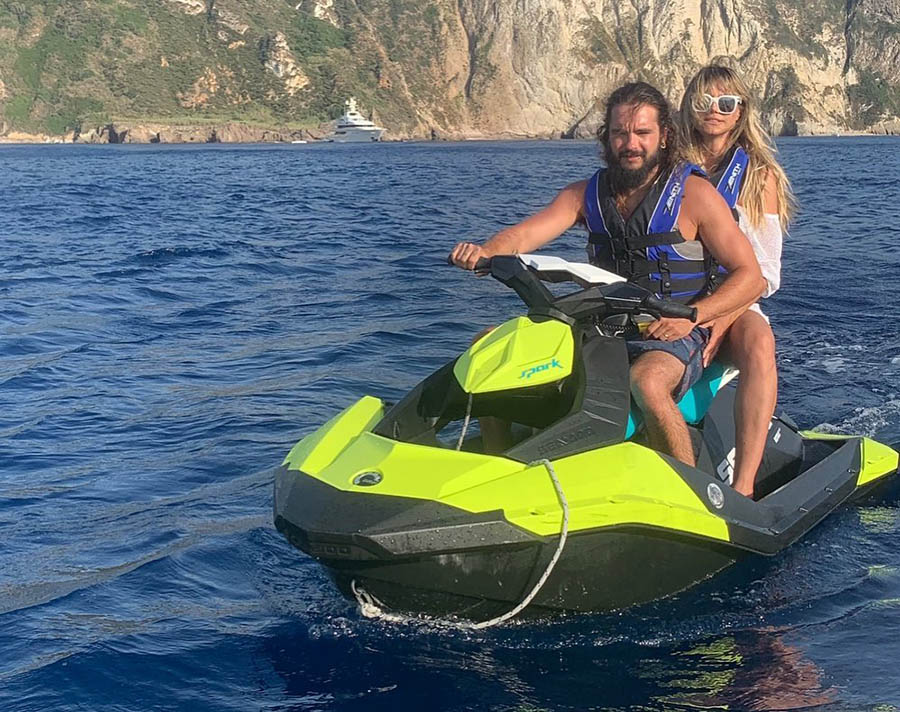 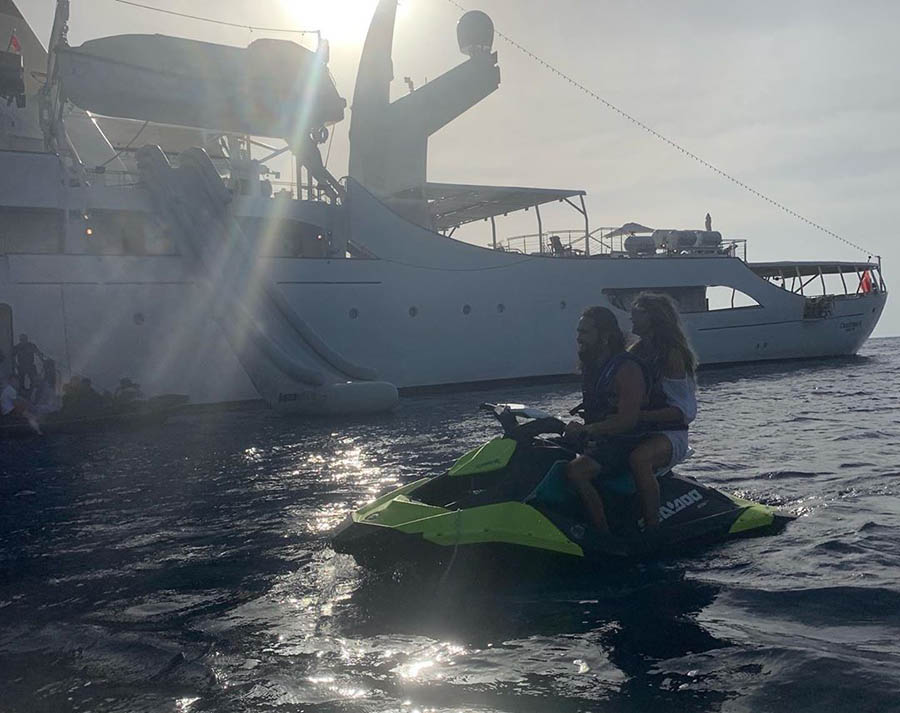