Till Death Do Us Part: Darren and Jenny's Engagement Shoot With a Coffin 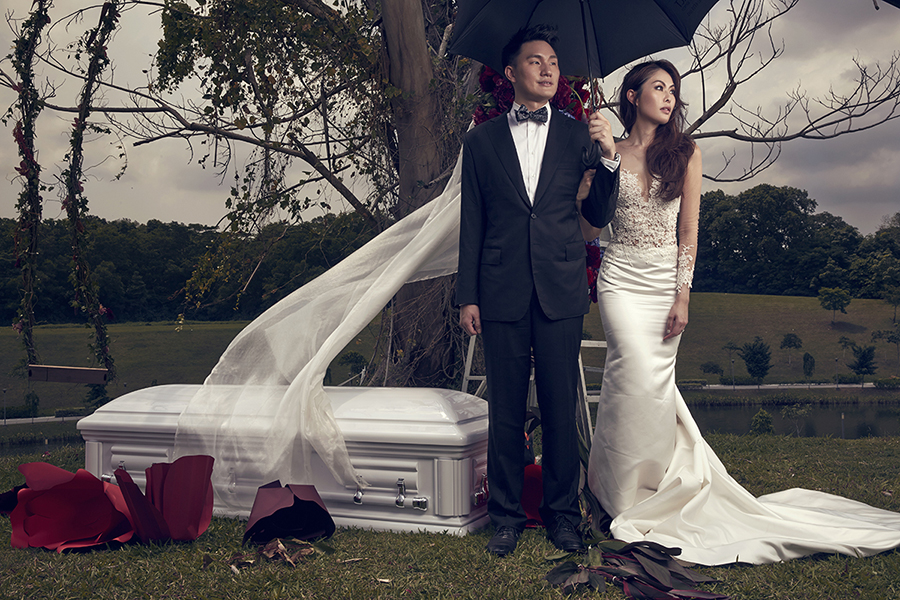 If ever a shoot could be described as being executed in style, Darren and Jenny’s, captured by Joel Lim of Calibre Pictures & Ideas, would certainly be it.

As your eyes rove across the images, they are first drawn to the striking pair, dressed to the nines amidst a setting of verdant greens and lush oxblood-hued flowers. But soon, your eyes lay to rest on something rather unusual - a sleek white object which you come to realise is a coffin! Far from being morbid however, Darren and Jenny (both in the funeral trade and inspired by their profession) collaborated with a team to create a series of pre-wedding photos which are much more a celebration of life than a focus on death. 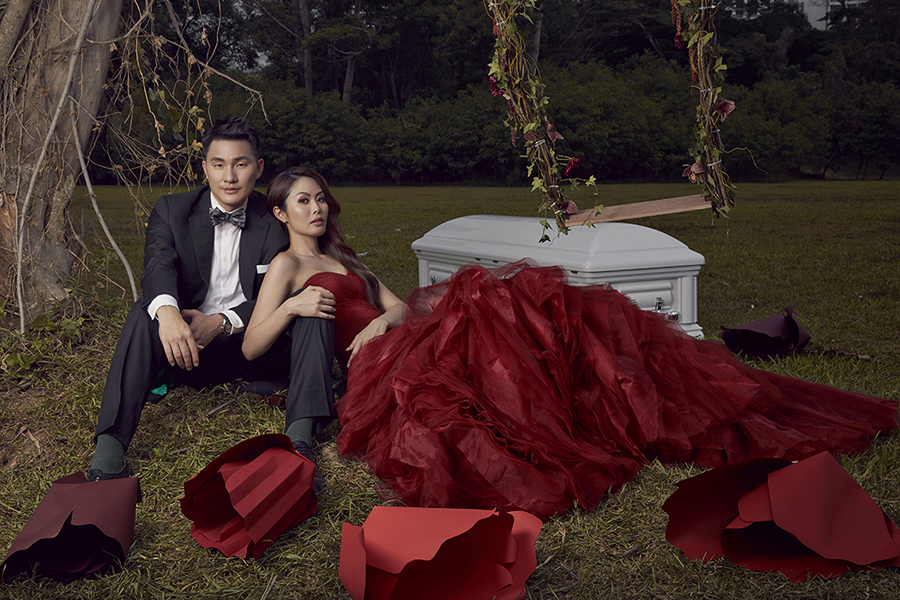 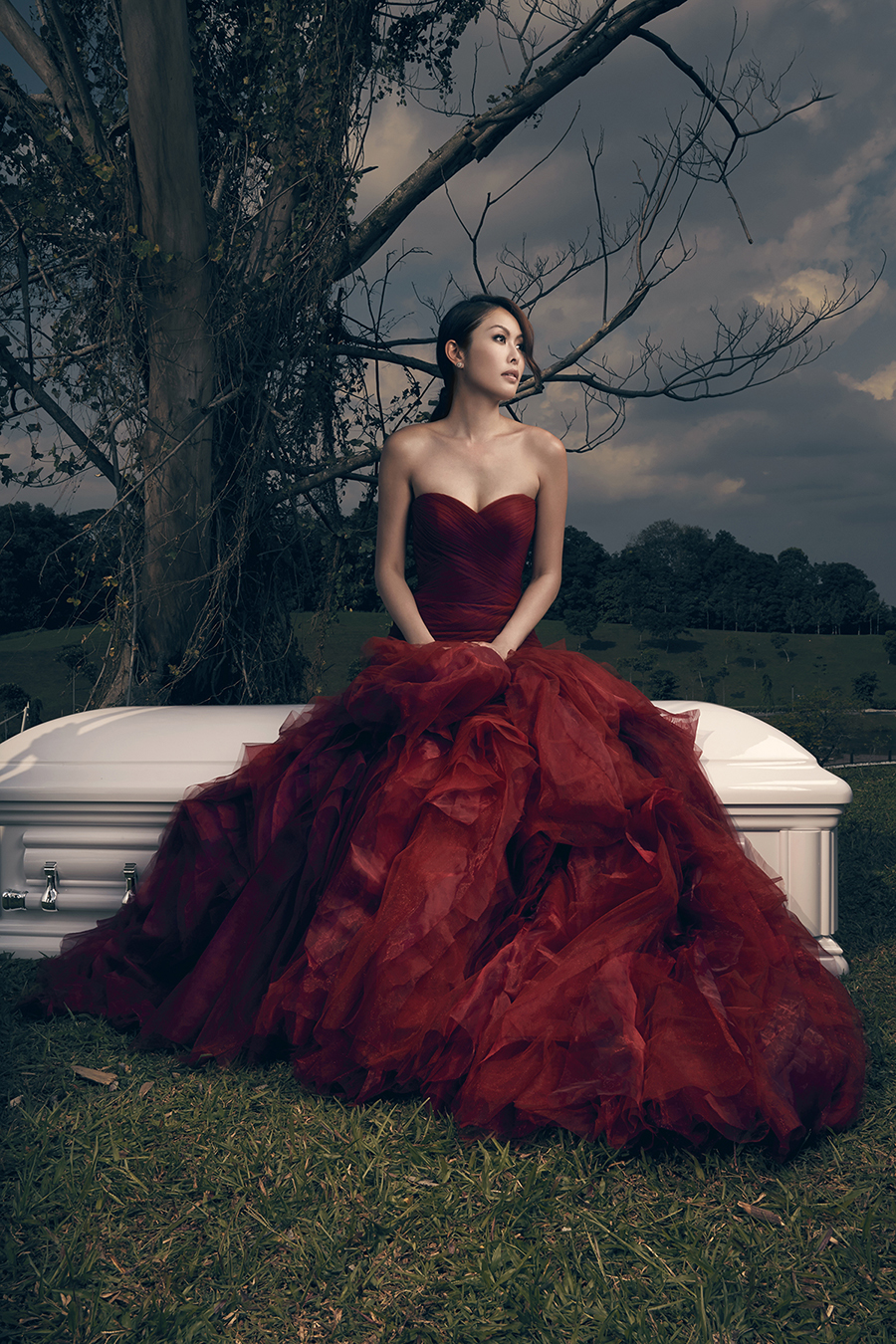 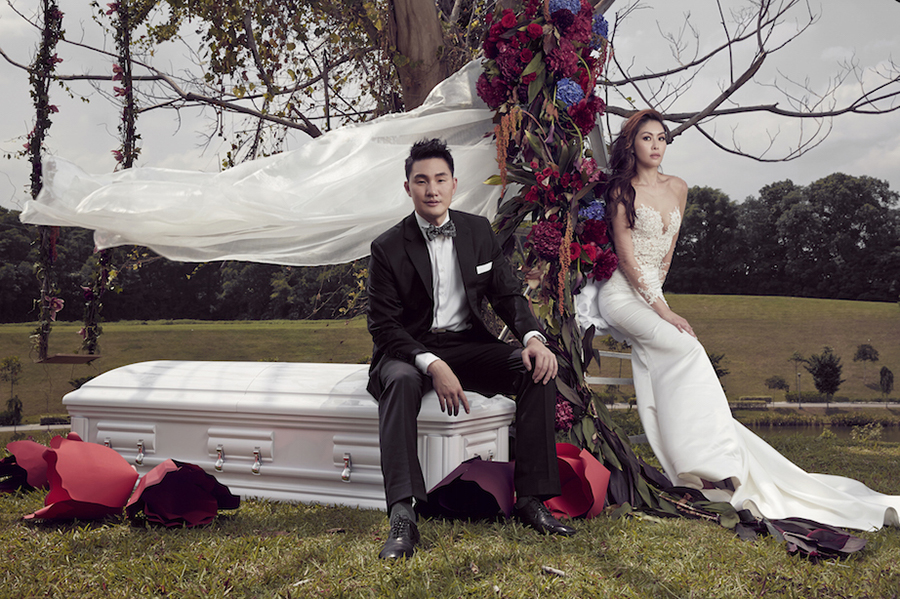 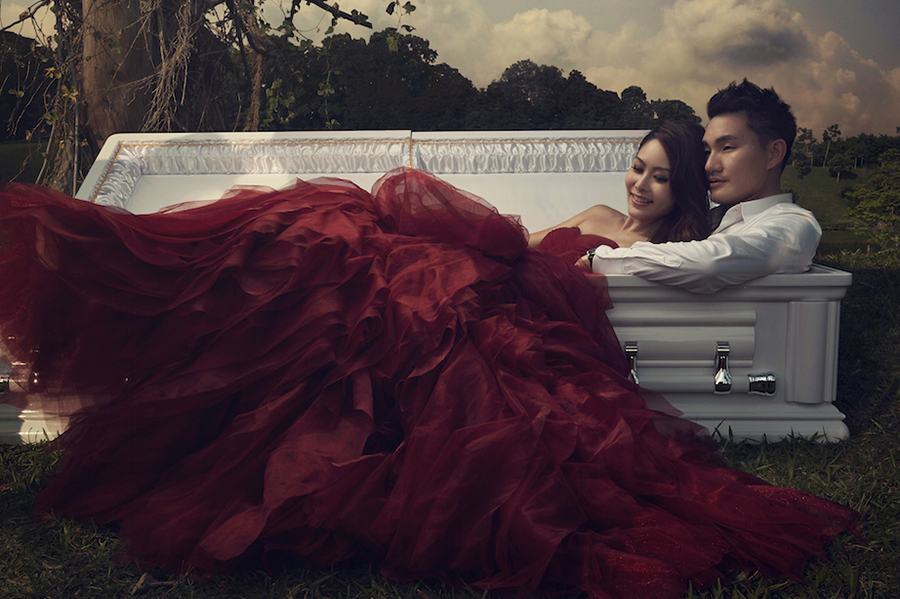 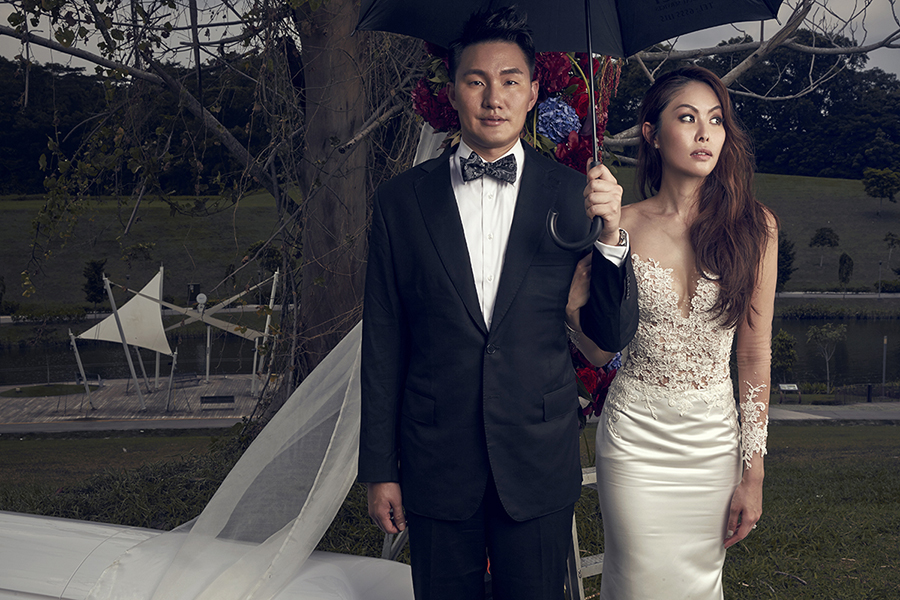 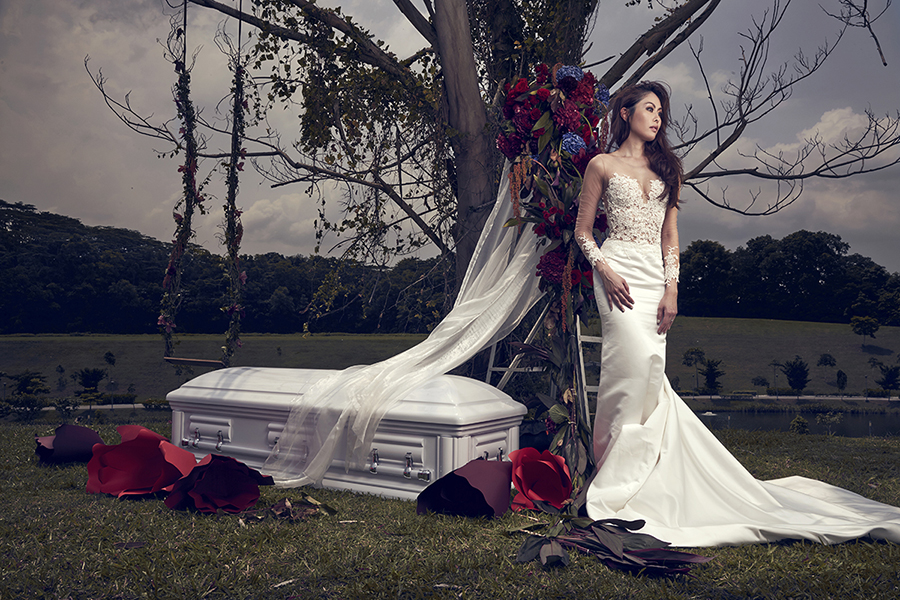 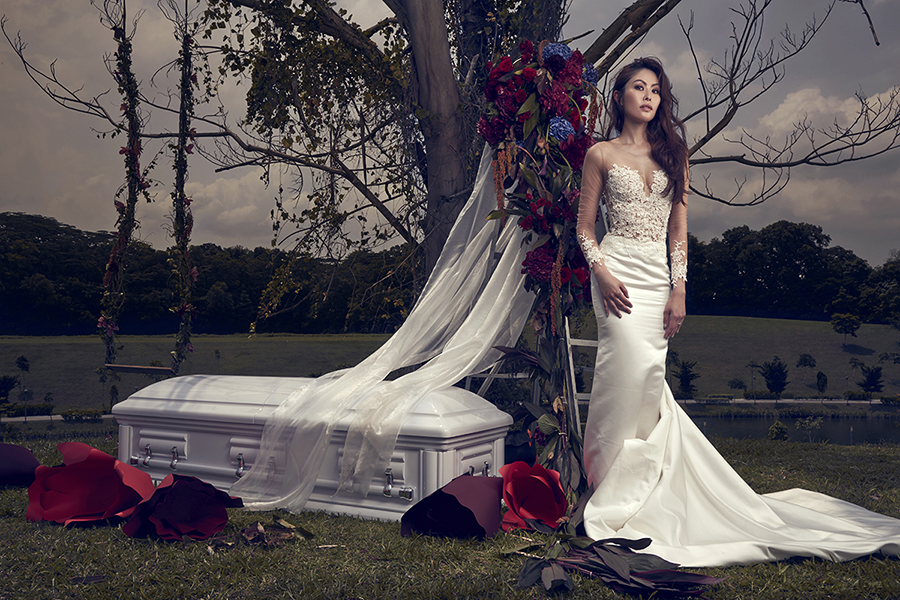 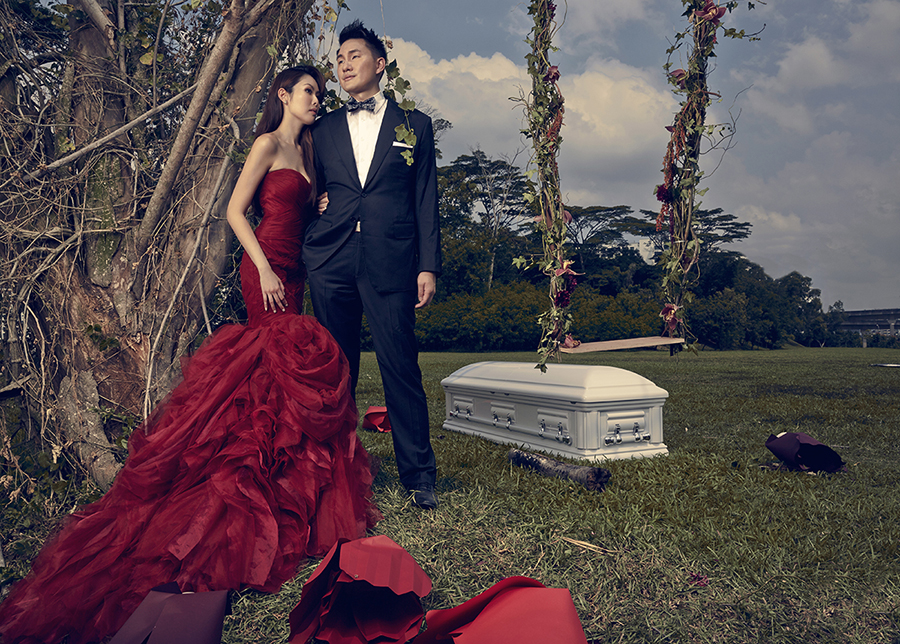 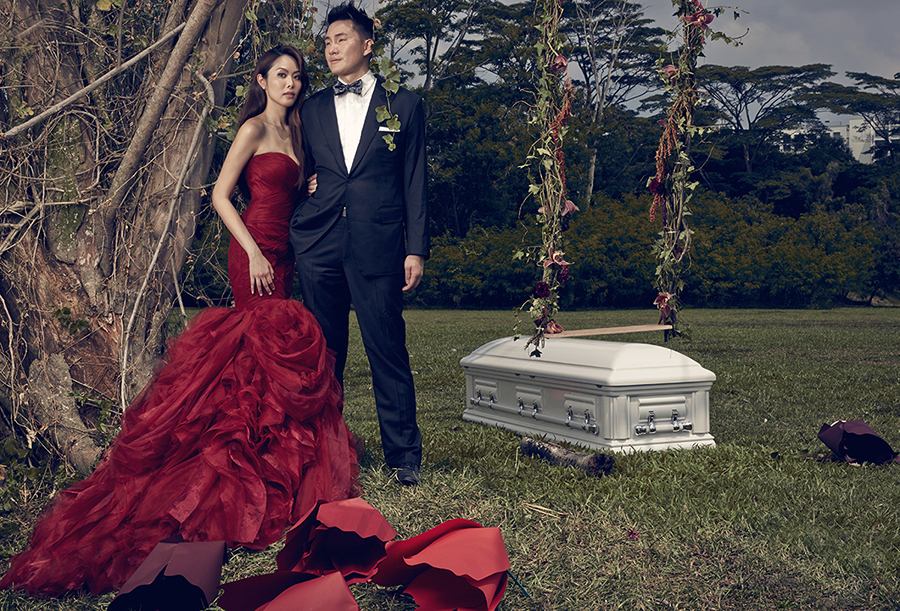 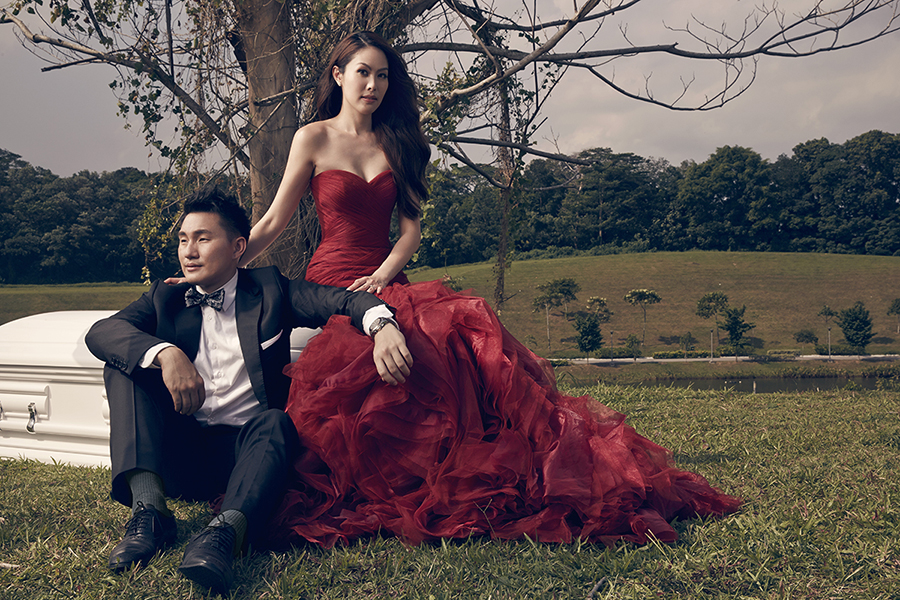 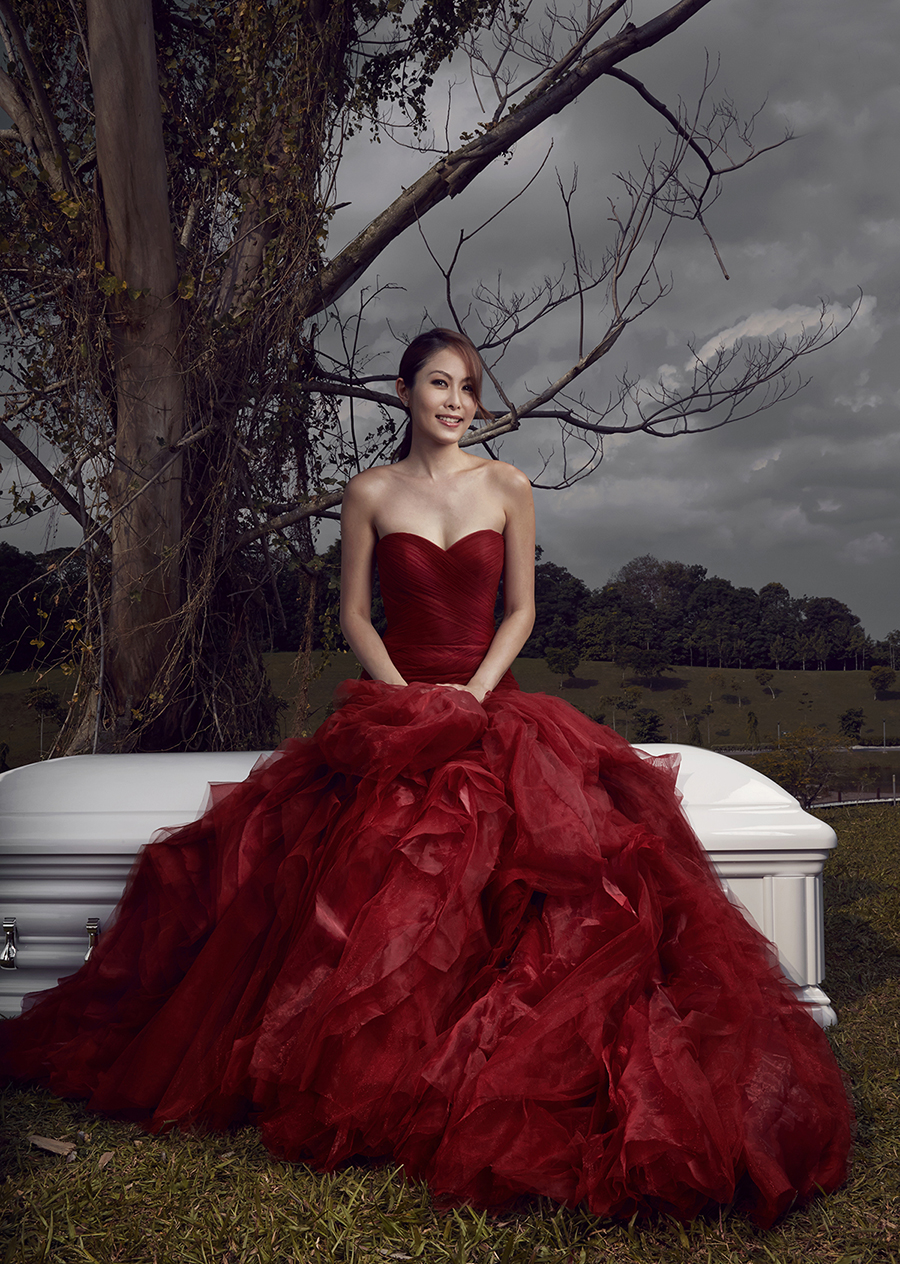 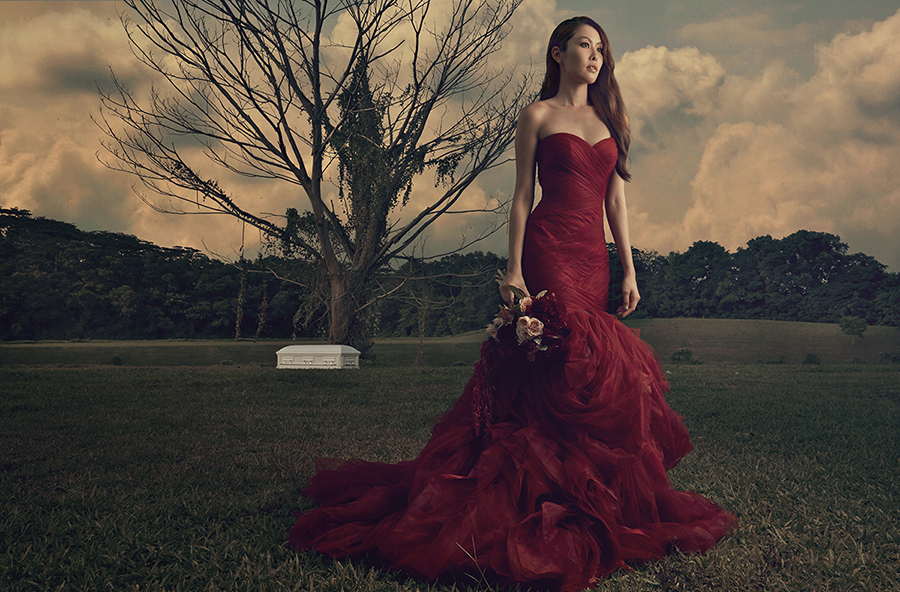 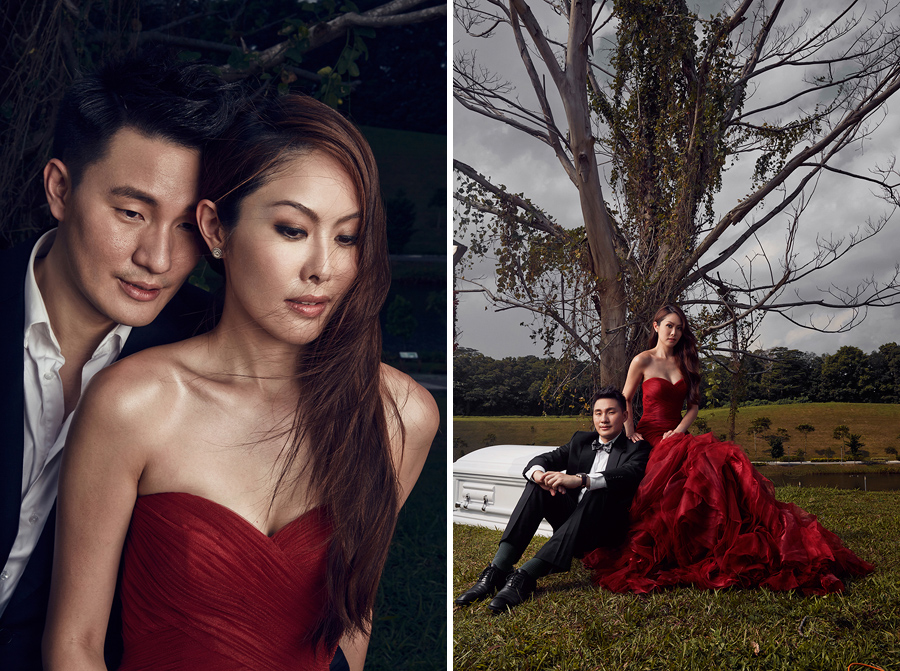 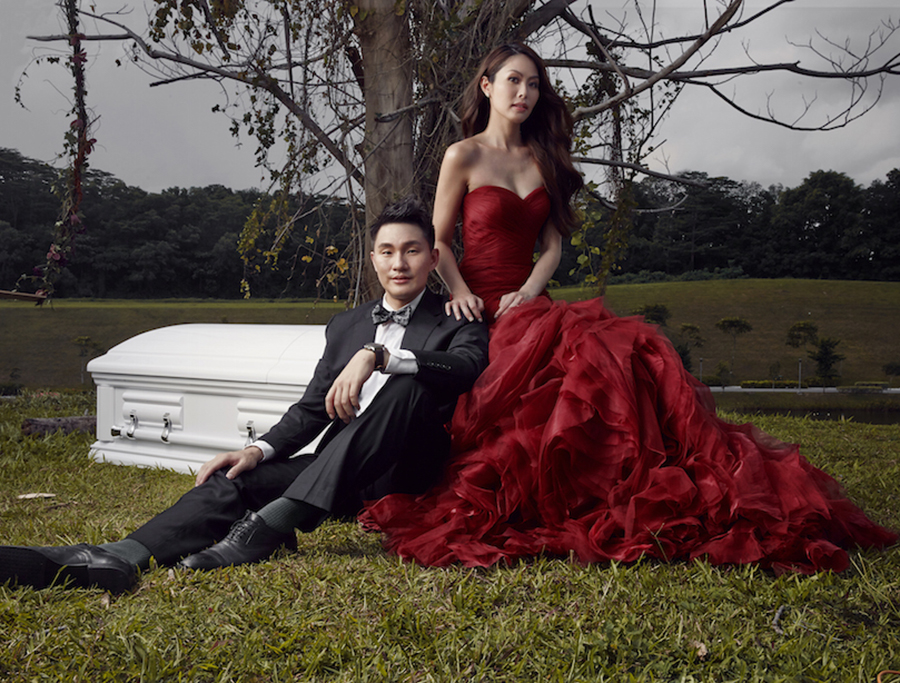 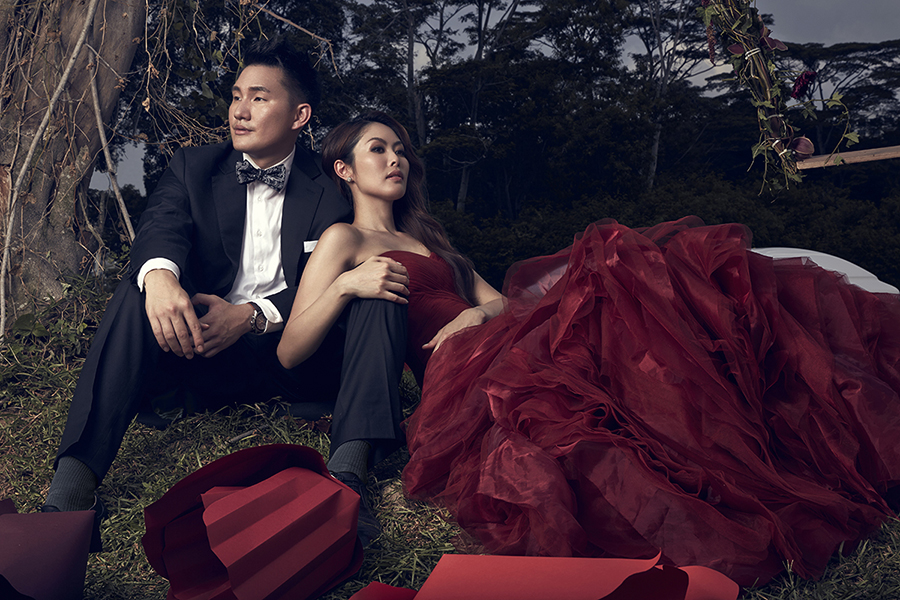 What was the inspiration behind your shoot?
“The shoot was definitely inspired by our jobs (pre-wedding photos are often taken at places which bring the most memories) as work plays such a huge part in our lives. We also wanted to do it in style.

It’s not the only reason behind our photo shoot however and another major reason is our belief that death is a part of life and shouldn't be seen as taboo. We believe it's important to talk about it; it's part and parcel of everyone's life. It’s often portrayed negatively in Asian societies but we hope to be able to debunk this taboo by encouraging people to be more open in their discussion of death and ultimately learn to cherish their lives and their loved ones more.” ~ Jenny

Do you have any interesting moments or stories to share from the day of shooting?
“Our team of vendors found our concept to be very interesting and meaningful. None of them had any qualms working with a coffin and our photographer even said that the elegant white coffin looked like a bathtub when we were lying in it!” ~ Jenny

What has the response been to the images thus far? We're sure a few eyebrows have been raised!
“The response has been surprisingly overwhelming. In Singapore, our feature on The Straits Times Facebook page had a record-breaking 1.4 million hits. Generally, 90% of the comments and feedback have been positive and we are really appreciative of the support we garnered! Many of the newspapers around the world featured the news too!” ~ Jenny

Thank you for sharing your unique engagement shoot with us, Darren and Jenny, and warmest congratulations on your engagement!