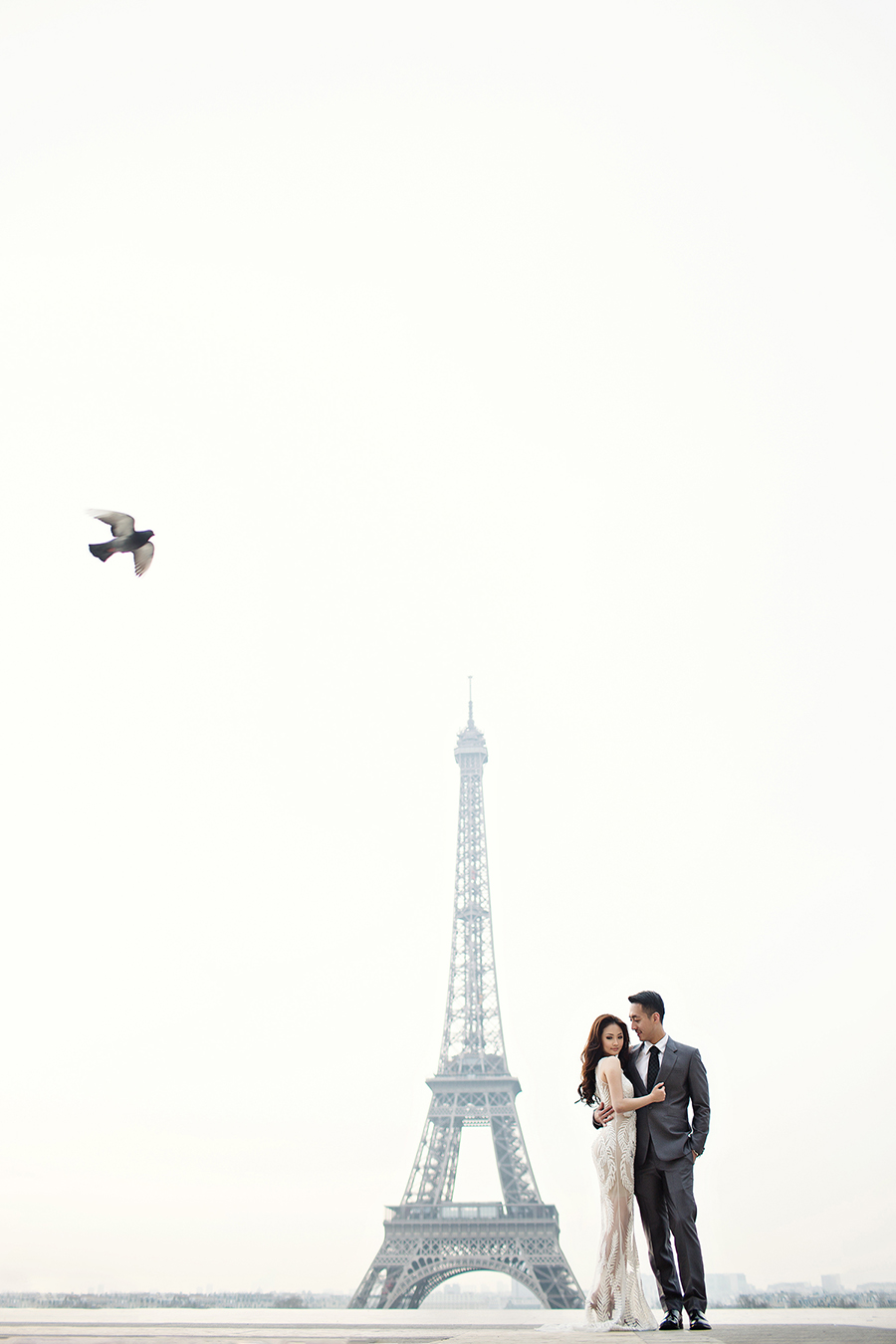 The streets of Paris have never looked so chic! Join us as we explore the romance capital of the world through the lens of Aha from Axioo with this darling duo, steaming up our screens with their obvious affection for one another and gown after fabulous gown! 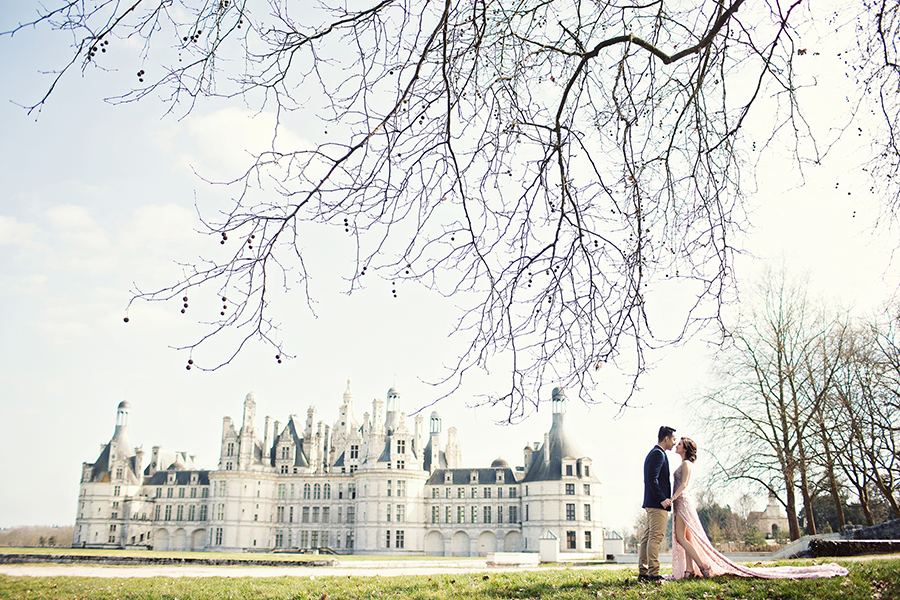 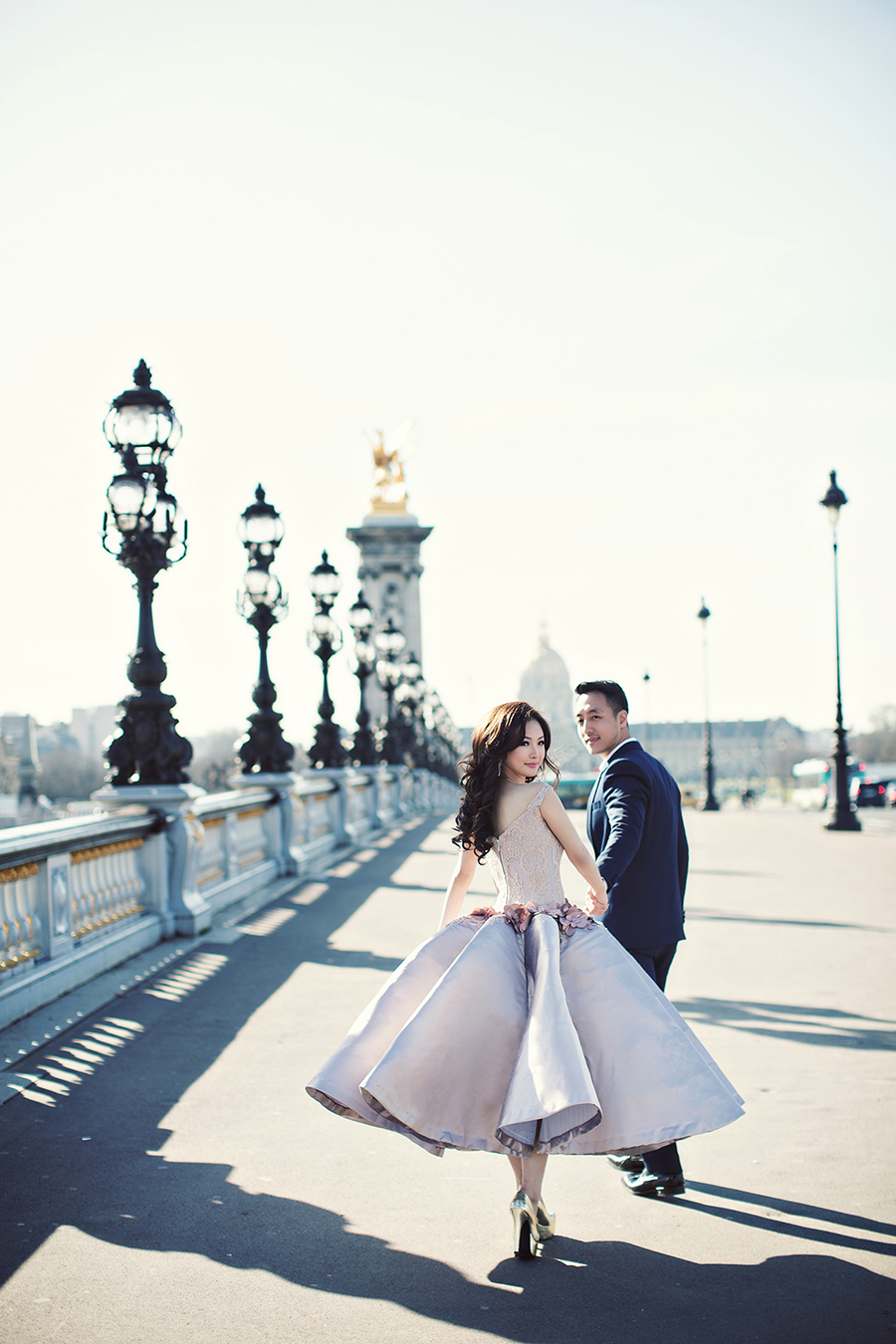 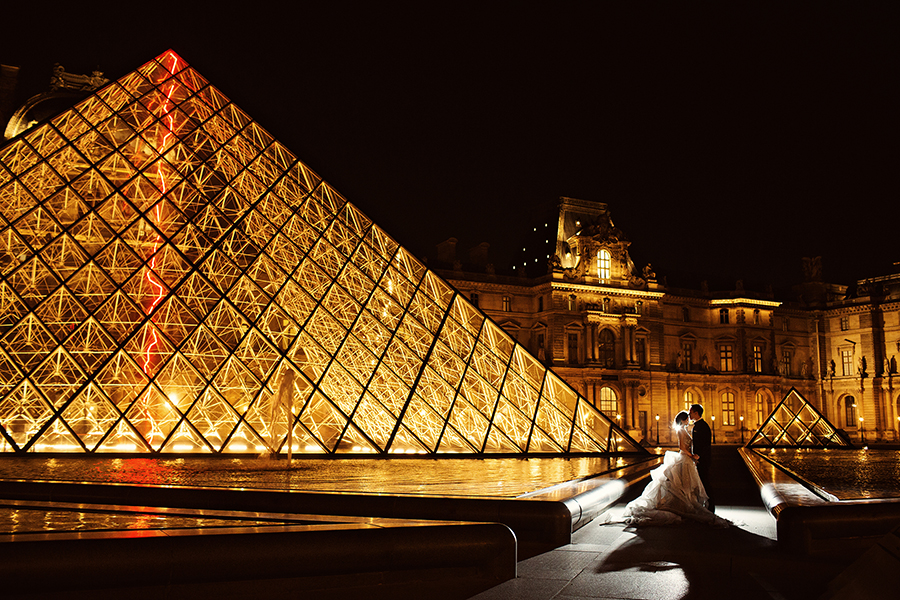 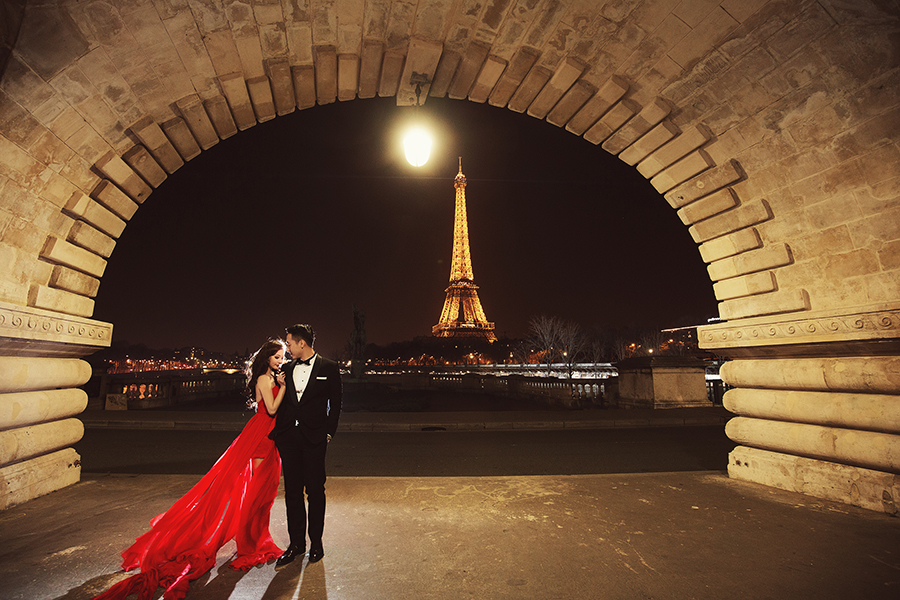 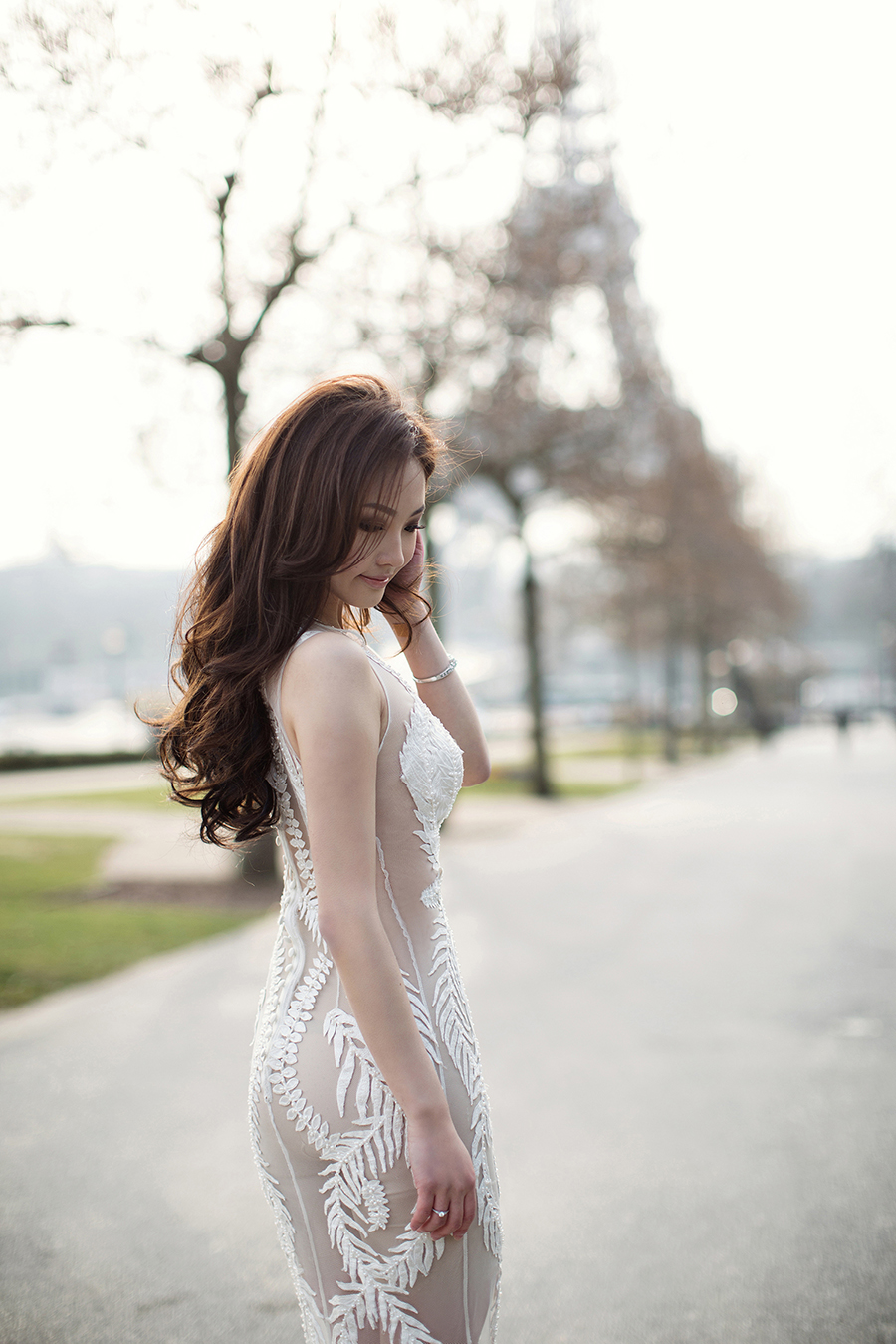 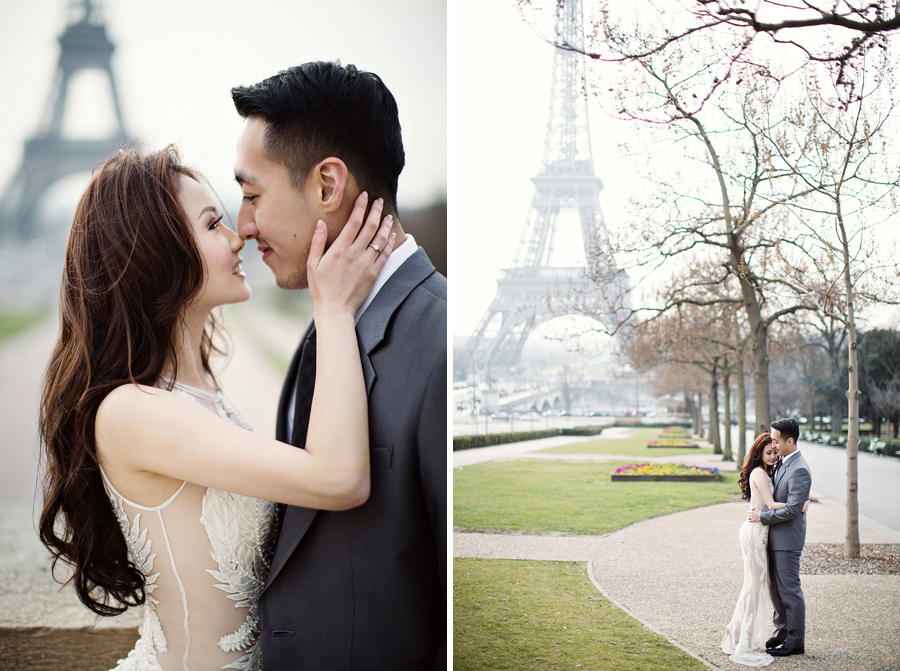 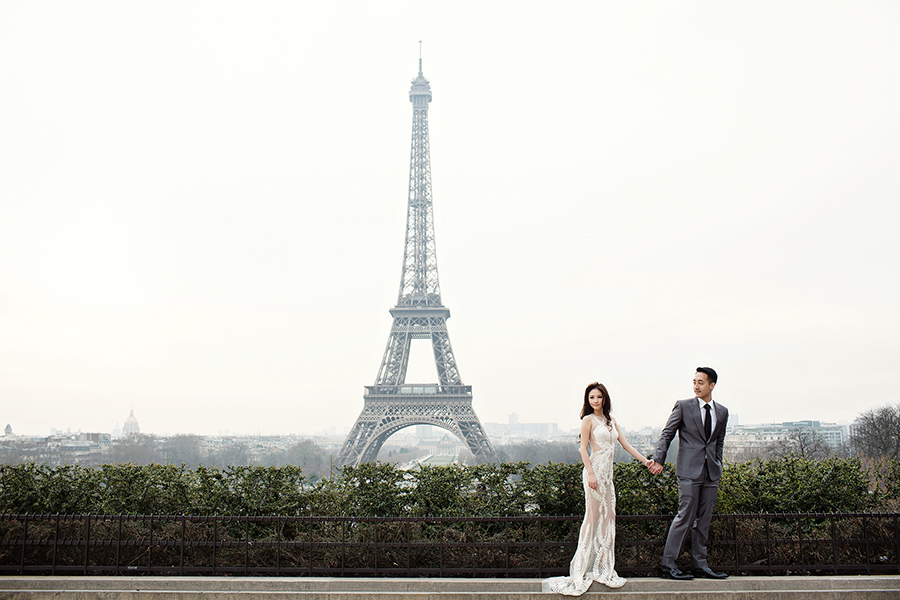 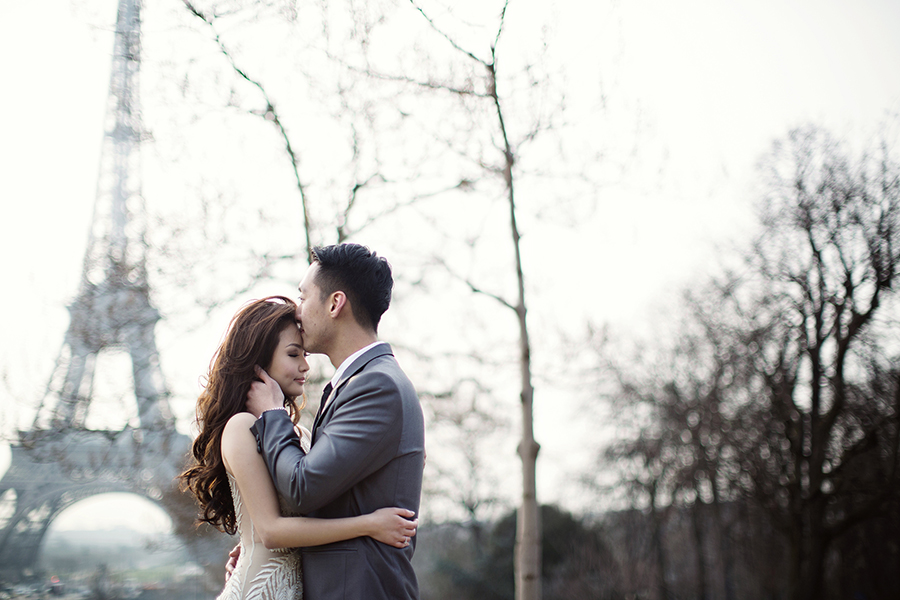 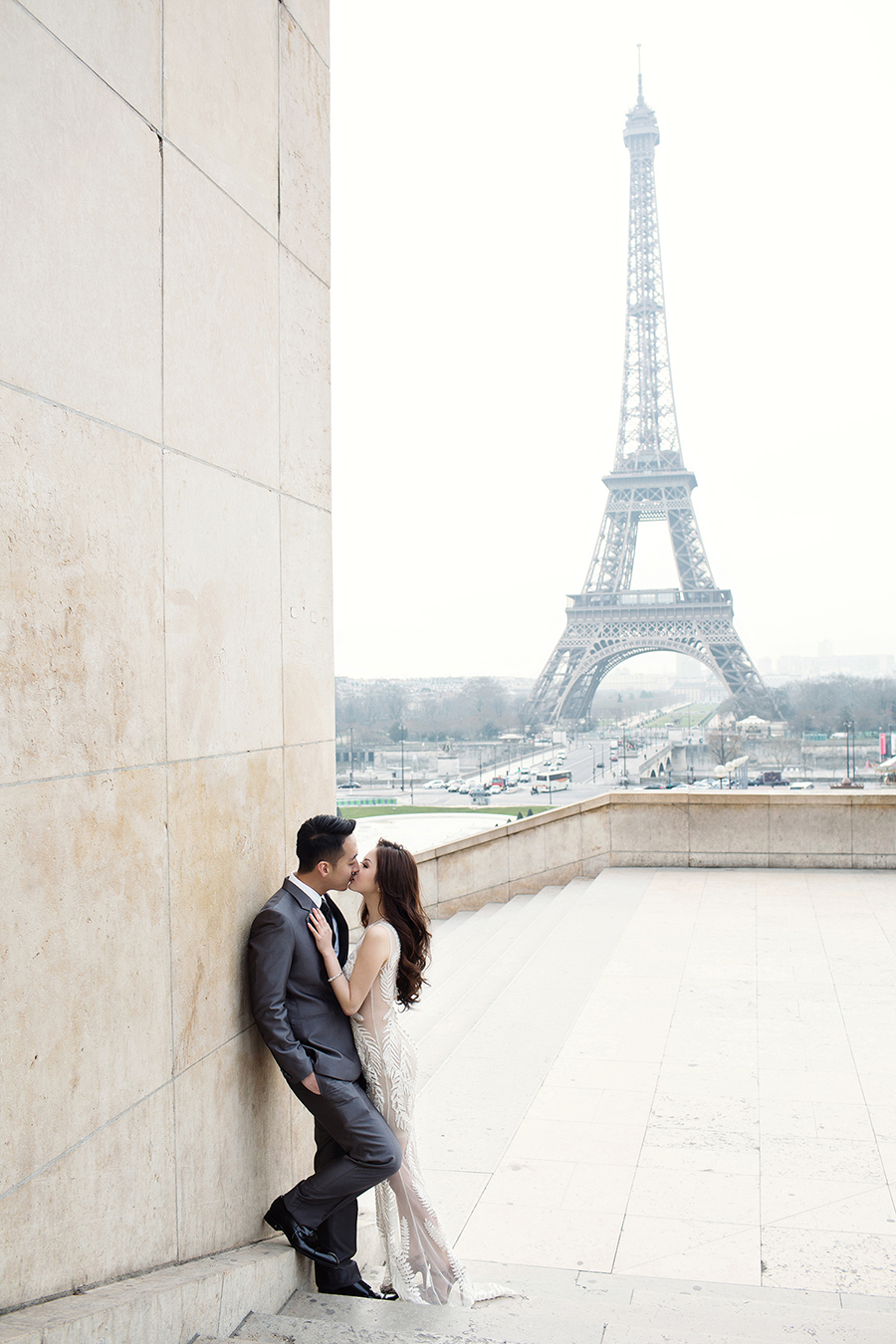 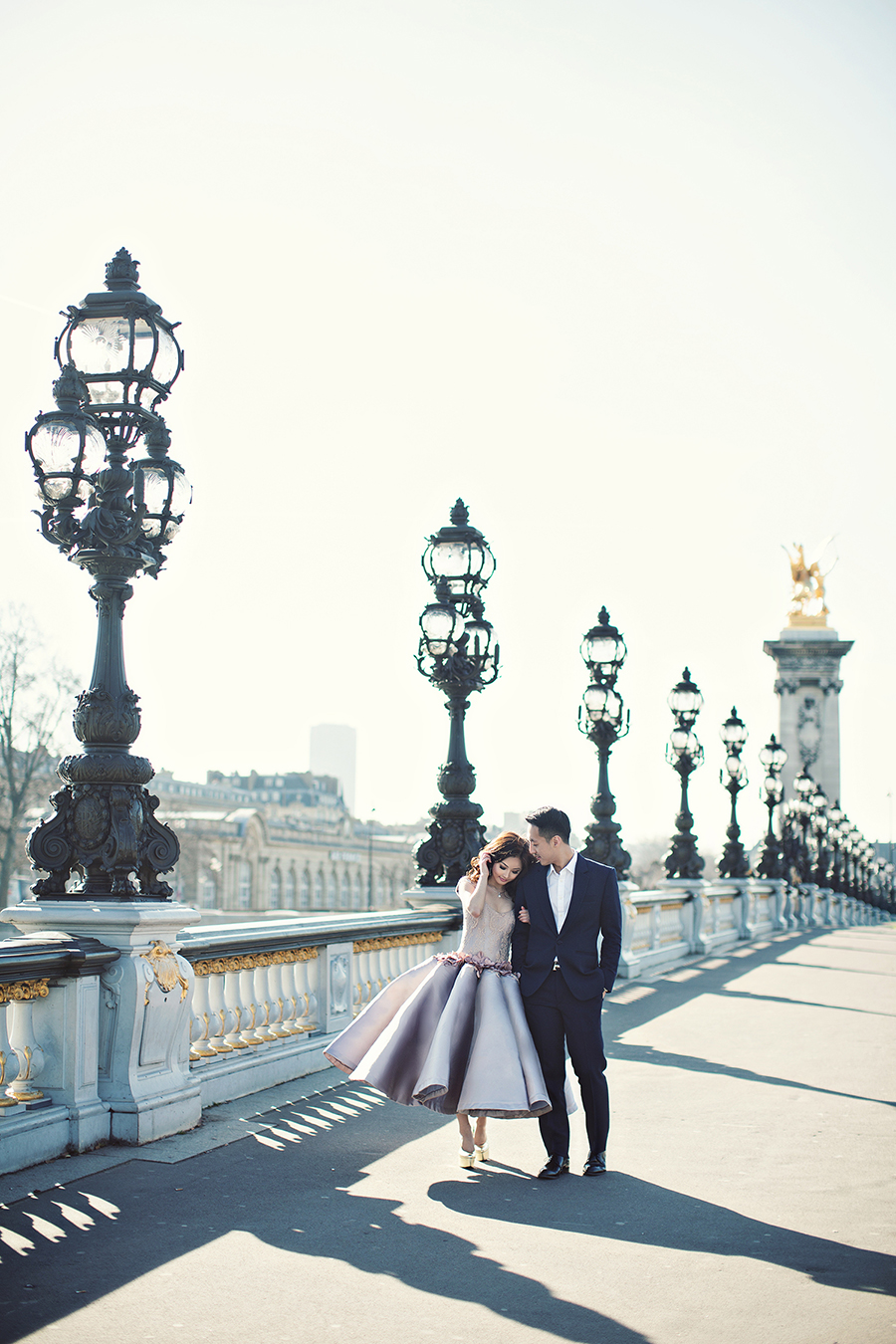 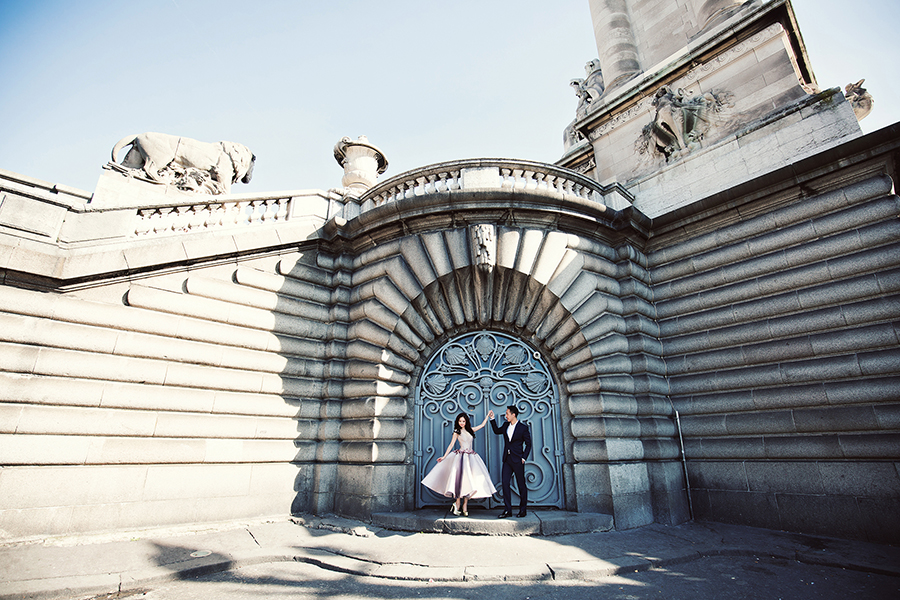 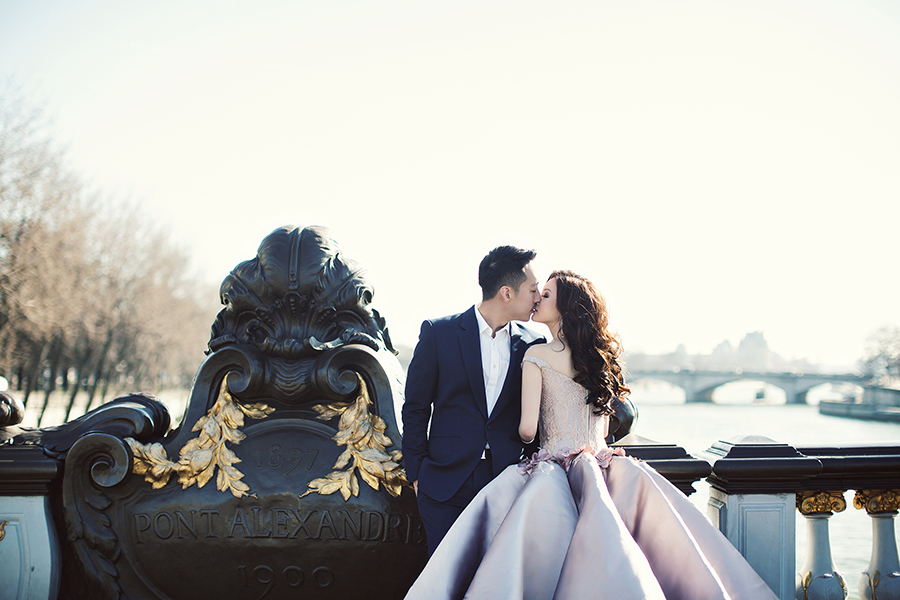 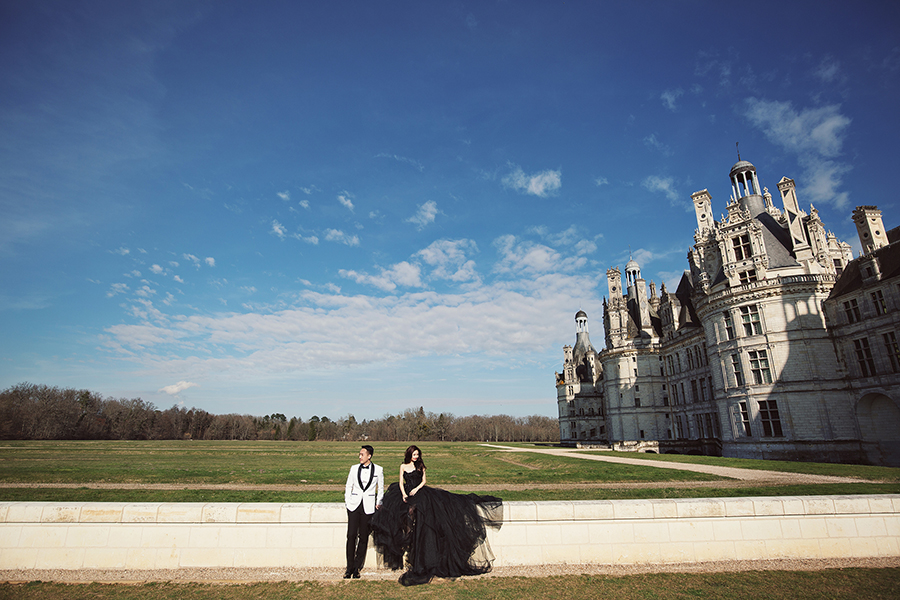 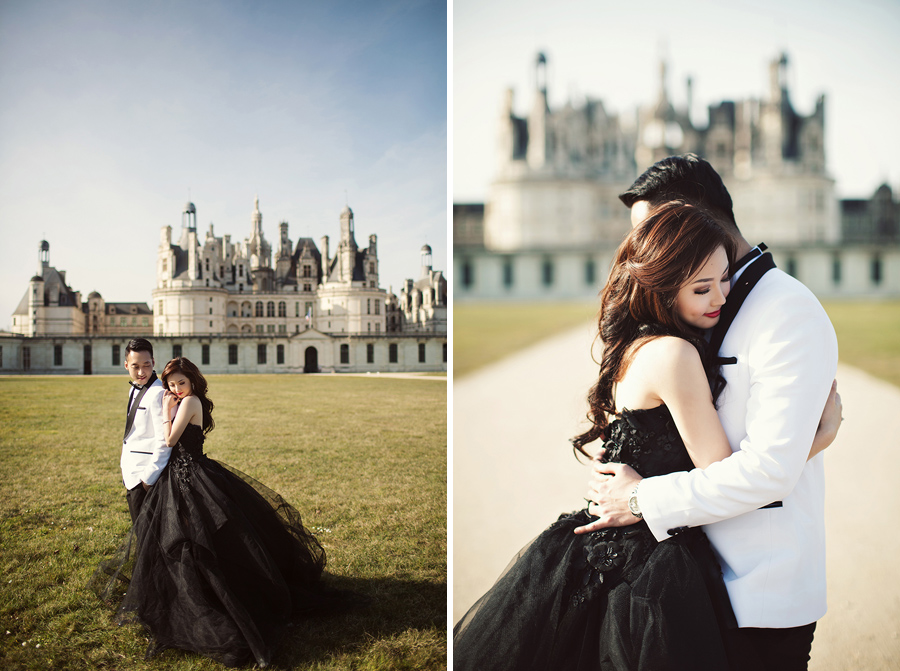 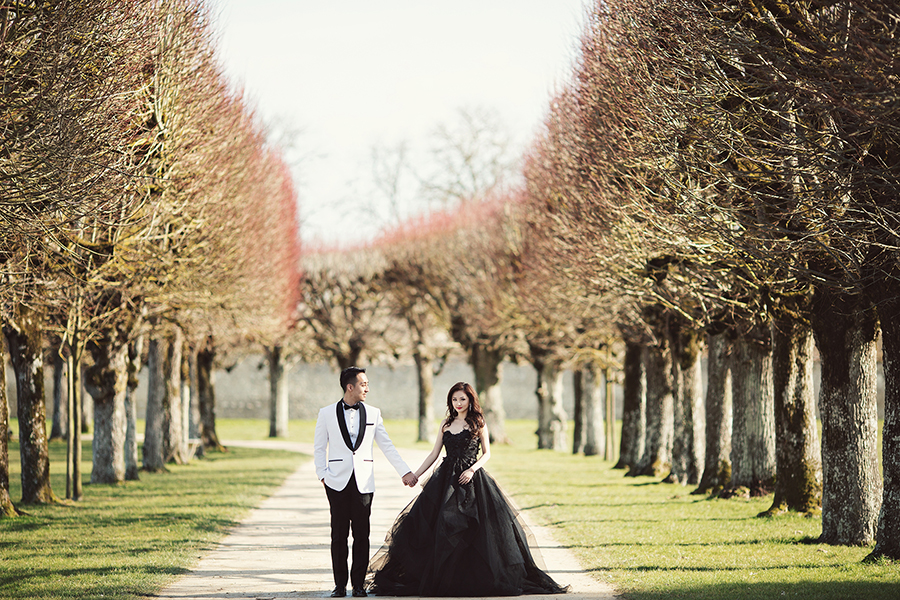 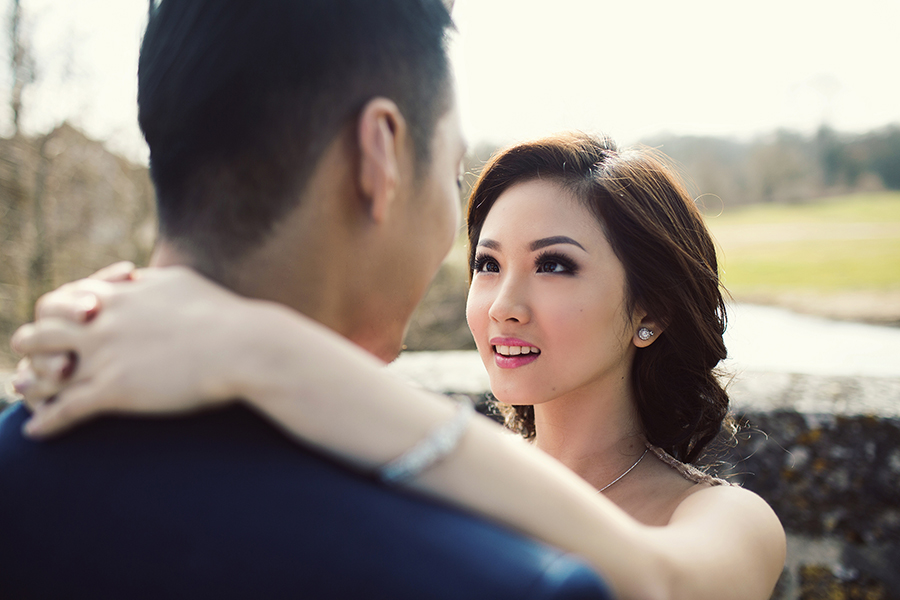 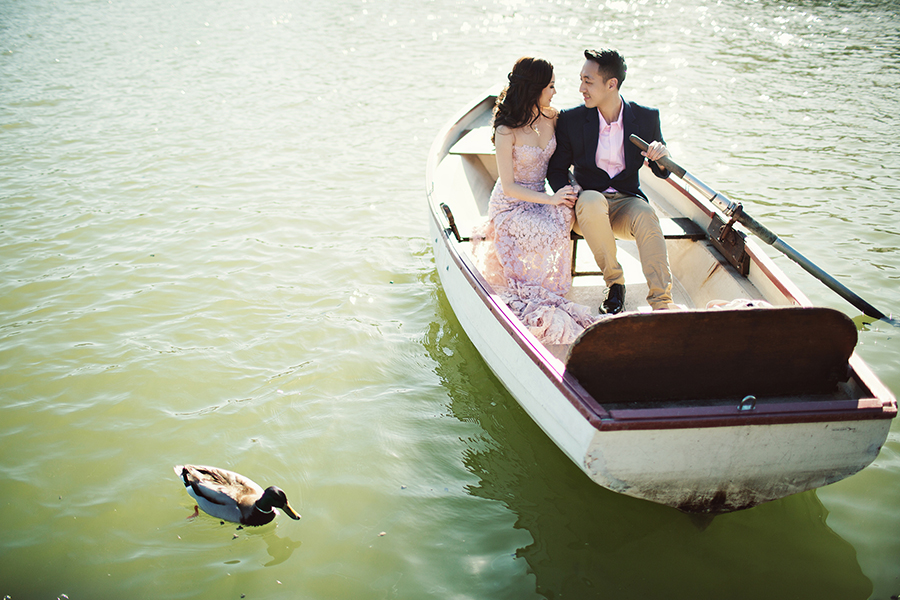 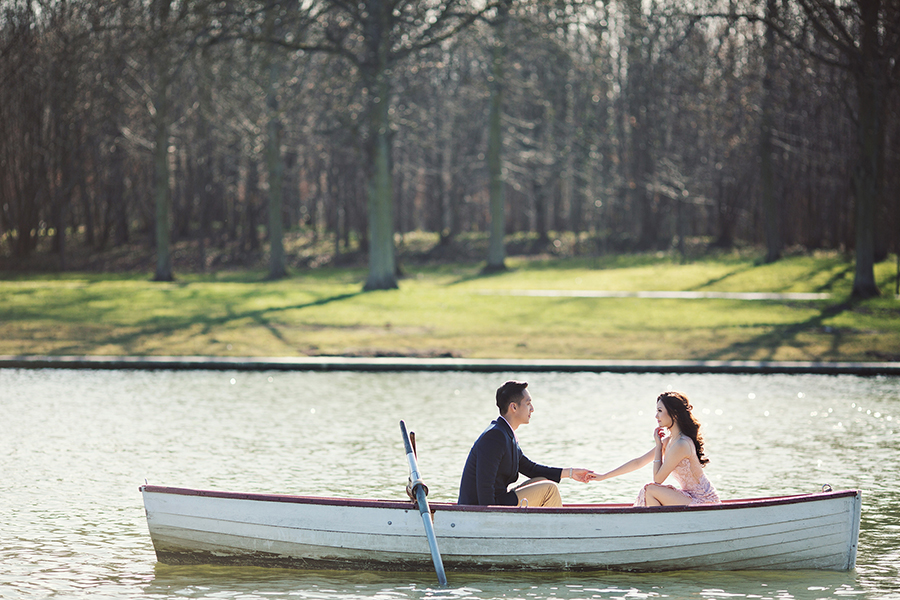 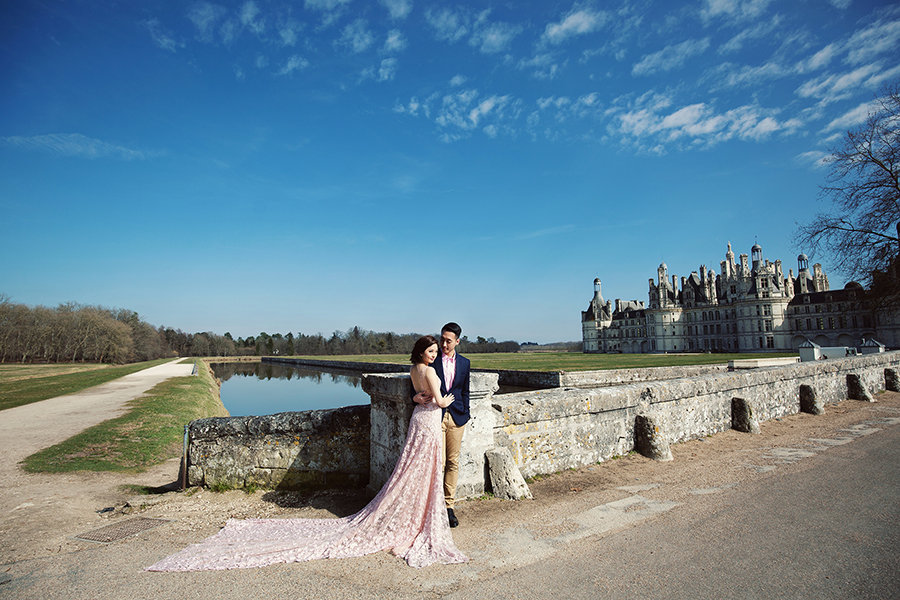 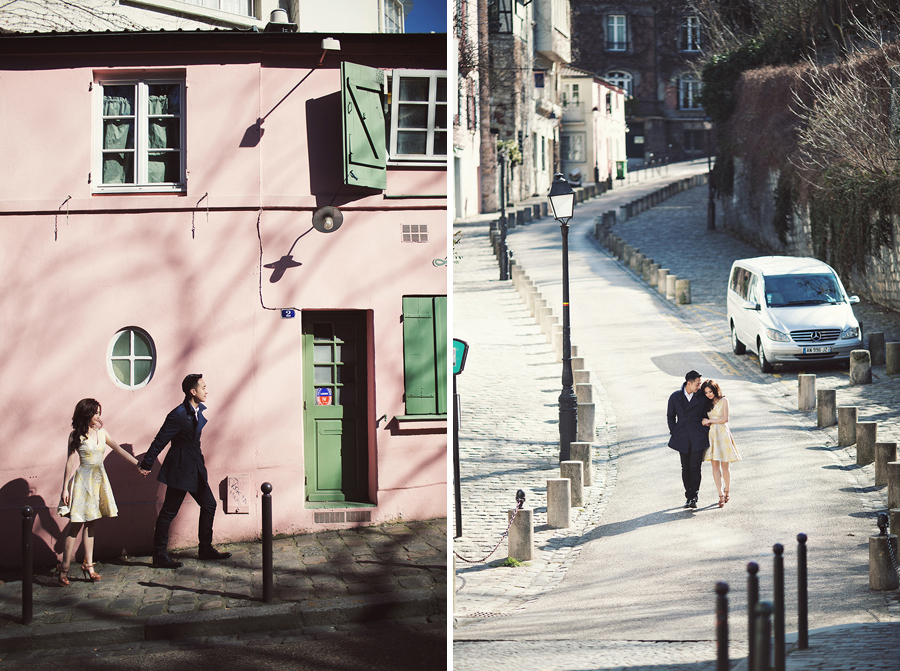 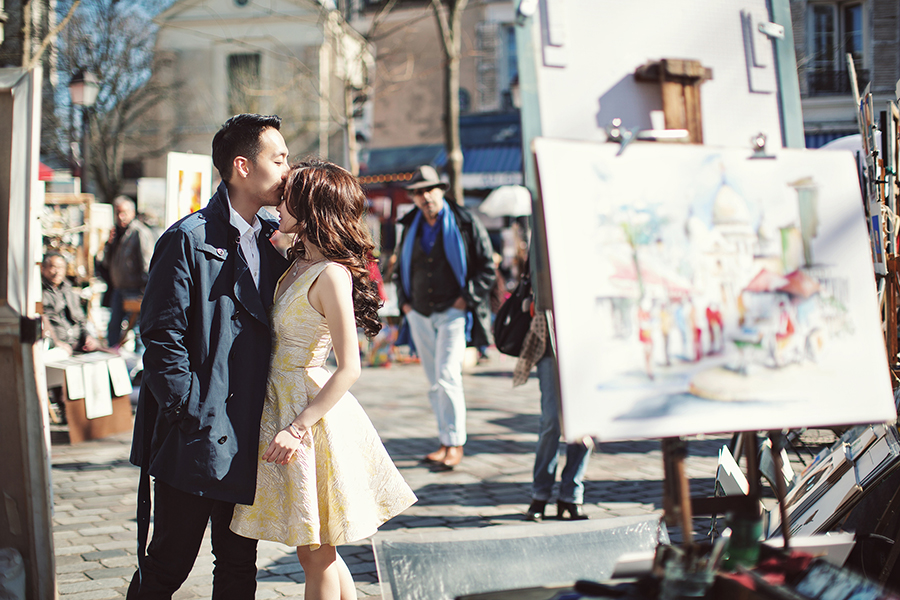 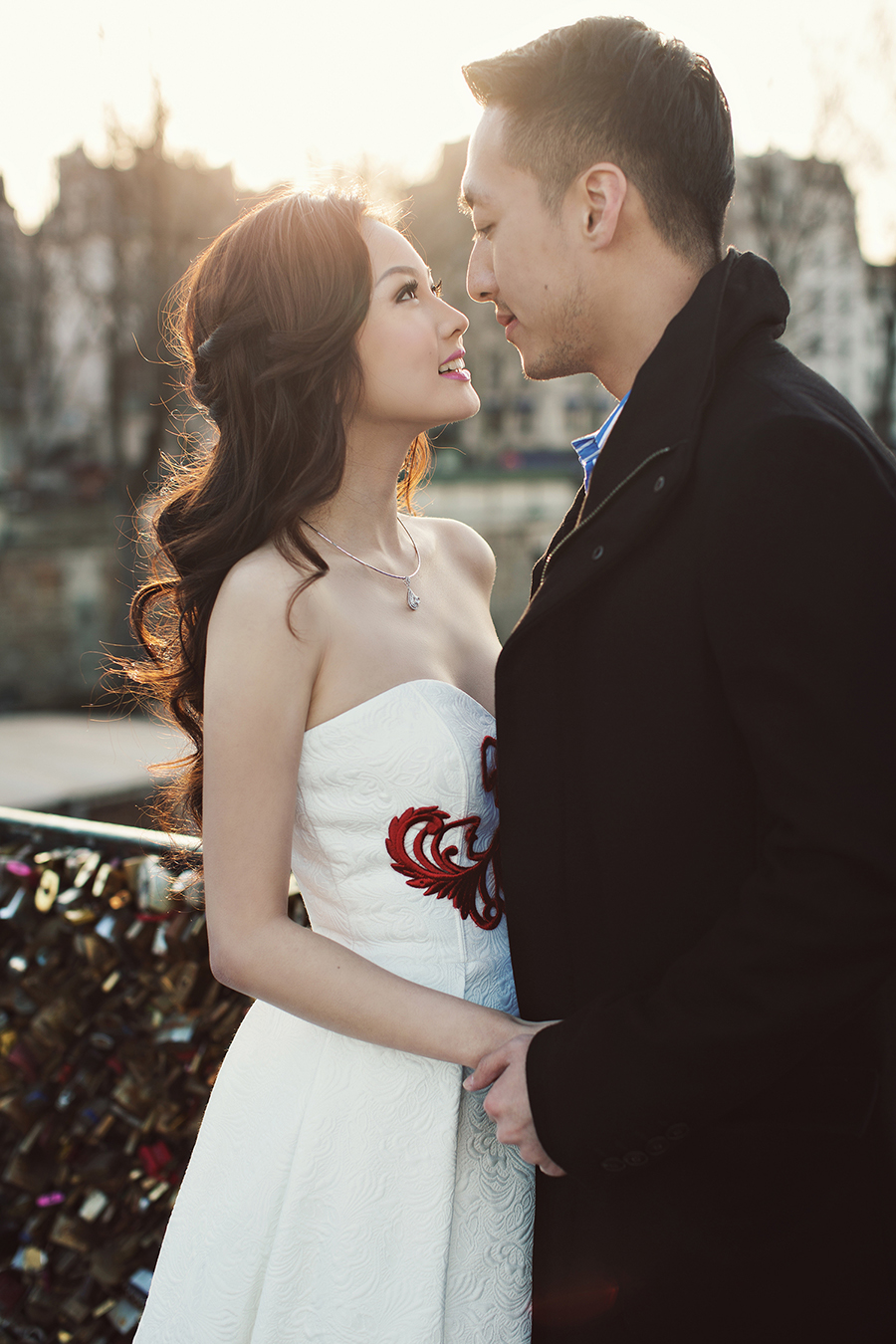 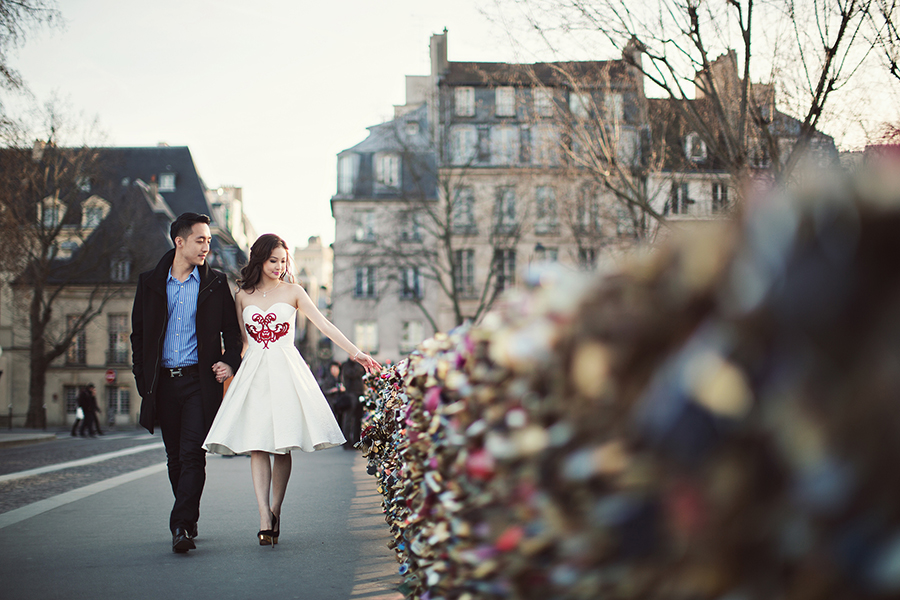 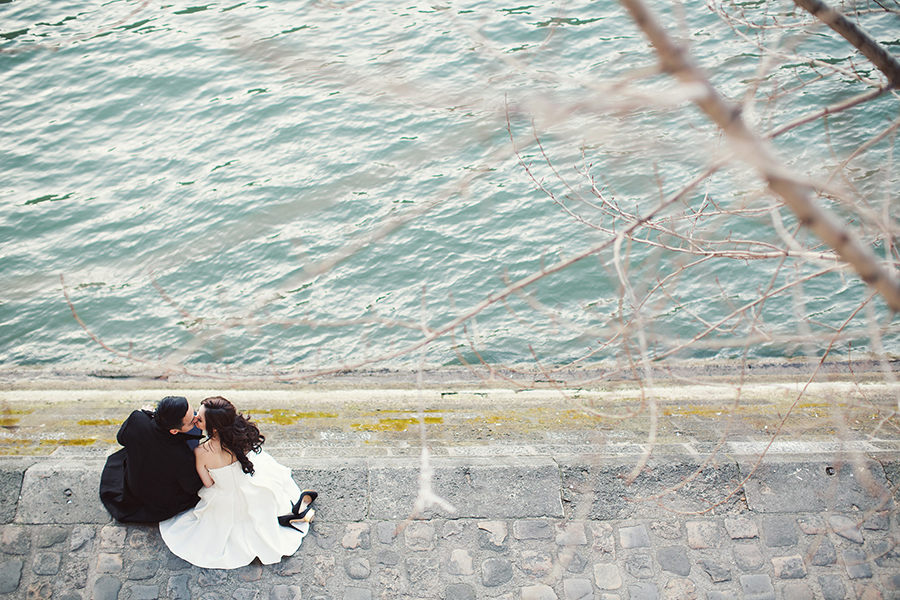 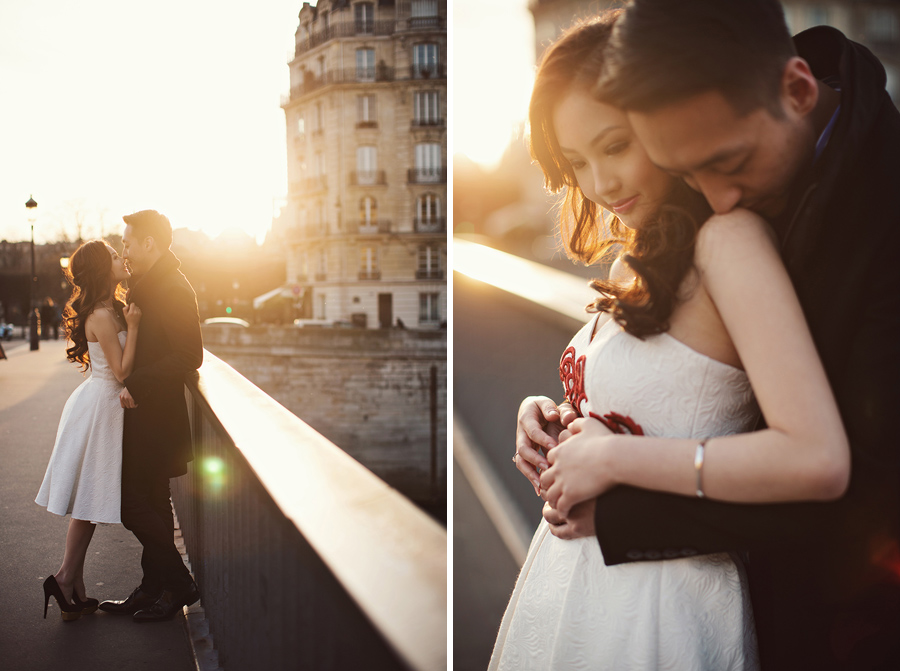 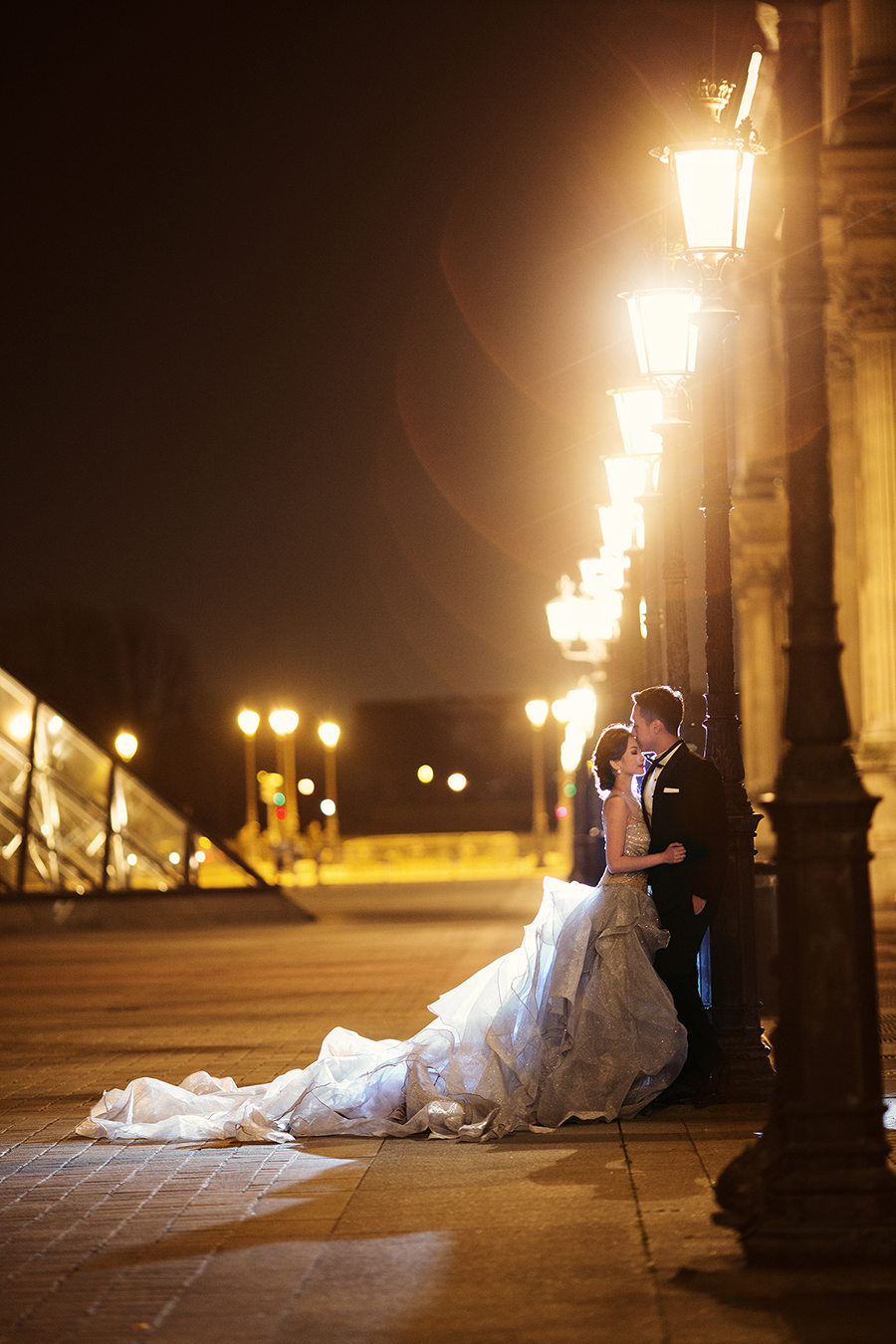 How did you meet?
“Agung and I met coincidentally a few years back when we were studying in Singapore. We were in different universities and barely met. It was not until a year later when we reunited at a church. He was my senior and therefore had finished his studies, but he chose to stay in Singapore to get to know me better. He often asked me out, and despite my busy school schedule, we would go to a cafe where I would do my school work as he accompanied me. As time went by, I could see his dedication and perseverance towards me. I felt so safe and comfortable around him. Then, one fine day, he asked me to be his girlfriend, and happily, I said yes.” ~ Vili

What was the proposal like?
“It was Valentine’s Day. We planned for it weeks before, and we decided that we would go out for a simple dinner. Days before Valentine’s, I could tell that he was anxious. Agung had made a reservation at Crowne Hotel. We were seated in a corner, and although it was not a private room, it was isolated from the other guests. We started eating our meals, and before we knew it, it was dessert. After we finished, a waiter turned up out of the blue at our table to inform us that we had won another dessert! I was pretty full, but who would ever turn down free desserts?

The band then started playing ‘our song’. “Hey babe, it’s our song!” I was excited. He looked at me and smiled. As the waiter served the plate of dessert, I had a peek and realized that it was not dessert. There was writing on it. It said, ‘Would you marry me?’. To be honest, the first thing I thought was that the chef didn’t have good grammar! Then, Agung kneeled down in front of me. He held my hand in one hand, and a rose red box in another. I could feel that his hands were shaking. He then opened the box and asked, “Babe, will you marry me?” I was stunned. My head was filled with thoughts and ‘ifs’. But as I looked at him, still kneeling and eyes gazing into mine, I realized this is the person I want to be with. Without any more hesitation, I answered, ‘Yes’.” ~ Vili

What was the inspiration behind your shoot?
“It was simple - I wanted my shoot to be classy, simple, elegant and timeless. I wanted to create my own inspiration, something new, iconic and different. We chose Paris because the city is surrounded by great and timeless architectural sites. Their buildings are simply beautiful, with fine detailed carvings. Our photographer Aha amazed us. We knew he had talent, but the pictures turned out more beautiful than anything we could have expected. My make up artist, Palapa, had his magic hands on and turned me into something beautiful. He was so down-to-earth. I am just blessed to have them as my vendors and friends.” ~ Vili

Do you have any interesting moments or stories to share from the day of shooting?
“Overall, I had a very enjoyable time shooting. I remember that it was very cold, as the seasons were transitioning from winter to spring. At night, it could be as cold as 3°C and the cold wind blew from every direction. I had to wear the tube open neckline, and I was definitely freezing. Whenever Aha needed to readjust the setting of the camera, Agung would come over and hug me real tight so that I wouldn’t feel the cold wind. He would offer me his coat, and put it around me. Even if it was only for a few seconds, I would feel a little better because of the warmth that I got. He would also sometimes make jokes to take my mind off the cold. Despite the unfriendly weather, we really loved our engagement shoot. Every moment was precious to us, and we would not have it any other way.” ~ Vili

Thank you for sharing these beautiful images with us, Agung and Vili, and warmest congratulations on your engagement!